Alpha-monopelargonin: a brand-new molecule for broiler health and performance. Reasons to upscale your feed with a-monoglycerides of the C9 fatty acid: pelargonic acid.

Watching the world go by ‘’sitting behind the geraniums” (an old Dutch saying) is not an option for Framelco. Instead we studied the leaves of the geranium (pelargonium) and found a special feature. The leaves of pelargonium contain natural esters of pelargonic acid, also known as nonanoic acid. It is this acid that has lead us to develop a new promising product for application in broilers.

Pelargonic acid is a clear, yellowish oily liquid with a strong unpleasant odour. It is described in literature that pelargonic acid has antimicrobial activities against harmful bacteria and fungi. Framelco has the expertise to turn fatty acids into non-corrosive, non-smelling glycerides. Moreover, monoglycerides in the alpha position are known to have a much better antimicrobial and antiviral effect compared to the respective free acid. Here we describe what we already have discovered about α-monopelargonin.

An in vitro growth curve test (see Figure 1) was performed against Staphylococcus aureus and the effect of a control sample, pelargonic acid (C9), α-monopelargonin (C9), a mix of caprylic acid (C8) with capric acid (C10) and a mix of α-monocaprylin (C8) with α-monocaprin (C10) was compared. In both cases the α-monoglycerides stopped the growth of the bacteria, where the control and free fatty acids were not able to do the same.

Broiler health and performance can also be improved via other ways than only reducing pathogen load. At the laboratory of Prof. Niewold at KU Leuven in Belgium, an in vitro model is available to study the potential anti-inflammatory effects of compounds. In this model, macrophage-like cells are used and are challenged with lipopolysaccharides (LPS). Upon this challenge, the macrophage-like cells will produce Nitric Oxide (NO). When the test compound reduces NO production, it means that the compound has anti-inflammatory properties.

Figure 2 – Effect of α-monopelargonin and OTC on NO production by LPS challenged macrophage-like cells.

A first trial was conducted to see the effect of pelargonic acid and α-monopelargonin. The trial was carried out at the facilities of Feed Innovation Services, which is a research institute in the Netherlands. 189 one-day-old female broilers (Ross 308) were randomly distributed over a wire-floor, in suspended cages of 6 chickens each.

Framelco has the expertise to turn fatty acids into non-corrosive, non-smelling glycerides. The alpha-monoglyceride of pelargonic acid have shown to have a better effect on improving broiler health and performance. Furthermore, α-monopelargonin has strong antimicrobial and anti-inflammatory properties. These are very promising results and give confidence to α-monopelargonin as a real growth supporter, improving broiler health and performances even in non-challenging conditions. Further research will be conducted in situations with poorer health status and performance. 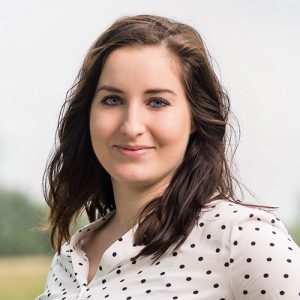