The same principle that cools down kids running through a lawn sprinkler on a hot summer day is being tested on chickens in Mississippi State University’s commercial poultry houses.

Tom Tabler, Extension poultry specialist with the MSU Extension Service, said keeping chickens cool in the summer is a life-or-death matter. Mississippi summer temperatures often exceed 90 degrees with humidity above 80%. “Chickens also give off heat, and with 20,000 chickens growing in a commercial poultry house, temperatures quickly rise to deadly levels unless managed,” he said.

Sprinklers spaced about 20 feet apart have been installed in 2 lines down the ceiling of MSU’s 2 commercial poultry houses. The sprinklers spray water droplets in a 20-foot circle for 20 seconds at a time. Timers control the interval between water sprays, and fans blow through the houses to cool and dry the dampened birds.

Commercial poultry houses in Mississippi and much of the Southeast currently use cool pads in the walls in conjunction with tunnel fans to manage temperatures inside the houses. Water trickles through cool pads, cooling the air pulled through by fans.

“These systems use 2,000 to 2,500 gallons of water per house per day,” Tabler said. “That’s one of the drawbacks to the system. Chickens will also drink that amount in a day. If you have 8 or 10 houses, that’s a lot of water. People who use wells are worried about drawing their wells down, and those who buy water are worried about the bill.” A sprinkler system uses 200 to 250 gallons of water a day.

The challenge has been to find a way to keep the chickens alive using less water. MSU is testing whether sprinkler systems are part of the answer. “Sprinklers let you run the house at a higher temperature than those with cool cells because the humidity is lower,” Tabler said. “It’s not heat alone that kills chickens; it’s the combination of heat and humidity. You base the interval between spraying on how hot it is outside and how big the chickens are. You don’t want them to be dry too long, because they will get too hot.

“The key is management. When managed correctly, flock performance is as good as or better than in cool-cell houses, and the floors are drier because of the higher house temperature and lower humidity,” he said. “If mismanaged by running the house too cool and too humid in conjunction with the sprinklers, the sprinklers will not perform effectively, and the floors will stay too wet.”

In a commercial poultry house that uses cool cells, humidity is at 85% or higher, but temperatures are about 82-84 degrees. In a house with a sprinkler system, temperatures may reach 88-90 degrees, but humidity is only about 50%. “Chickens cool themselves by breathing out heat and moisture in the air,” he said. “If they’re breathing in 90% humidity, it doesn’t give much room to dissipate heat.”

The sprinkler system releases a defined amount of large water droplets — not a mist — in a very short period of time. In the interval, fans pull air across the chickens, cooling them as they dry, while also drying the litter on the ground. “You decide how often the system will sprinkle based on outside temperature and the age and size of the chickens,” Tabler said.

When the water first hits the birds, they get up and move around, releasing the heat in the mini environment they create sitting on the ground. Tabler said it does not take the birds long to learn the sprinkle’s interval and stand up and spread their wings in anticipation of the spray.

Tabler said cooling poultry houses with sprinklers is a radical change from current poultry management styles. “It’s been a tough sell in Mississippi because the poultry industry likes things they are familiar with and comfortable with. You have to train yourself to think differently to use this system,” he said. “It’s a good idea, but folks are going to have to be open-minded enough to think a little differently about cooling chicken houses.”

Early tests of the system indicate sprinklers will work in Mississippi’s commercial poultry houses when used in conjunction with the existing cool cells. “Mississippi is hotter and more humid than the other states that are using this system, but even when both sprinklers and cool cells are used, the poultry house uses about half the water than it would using cool cells alone,” Tabler said.

Jonathan Moon, assistant director of poultry operations in the MSU Department of Poultry Science, said the system of using sprinklers is very different from traditional practices. Adoption of the practice will be an uphill battle. “This is a completely different spin on what people have been taught for eons,” Moon said. “We’ve talked about keeping the houses cool and the litter dry, but now we’re going to bring in a nice little rain shower.”

Despite how crazy the practice sounds, results have been good since sprinklers were installed in 2015 in poultry houses at the MSU H.H. Leveck Animal Research Center. In August, researchers were raising their third flock of chickens using sprinklers for cooling.

“The first flock in 2016 was sold around the Fourth of July during our hottest point,” Moon said. “We didn’t have any heat mortality to speak of, and the flock looked great. Their average weight was not extremely heavy, but everybody’s chicken weights were down at that time, and ours was comparable.” 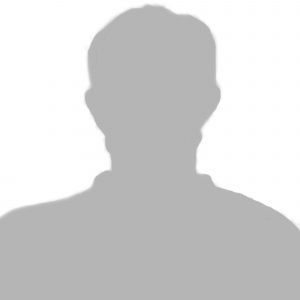