HSI say battery cages are cruel and should be banned

India is the third largest producer of eggs in the world. Currently, at least 70% of its eggs come from commercial farmers who confine their hens to barren battery cages so small that each bird has less space than an A4 size sheet of paper in which to spend her entire life.

HSI/India has successfully persuaded the majority of Indian states—including the top egg-producing states—to declare that confining hens to battery cages violates the Prevention of Cruelty to Animals Act of 1960.

The Animal Welfare Board of India and most Animal Husbandry departments have advised all state governments and poultry farmers that tiny battery cages should not be used and existing ones should be phased out by 2017.

HSI/India has been following up with all the state Animal Husbandry departments in the country convincing them to issue a directive that it is a violation of the PCA Act to confine hens to battery cages. Accordingly, most of them have told their officers and poultry farmers to phase out or avoid battery cages and stay vigilant against new cage facilities.

Enforcement remains a concern and we will continue to do what we must to ensure that intensive confinement of laying hens is brought to an end. We are also working with the Government of India to end this practice in the remaining parts of the country and bring in regulations for rearing egg-laying hens in India as recommended by the AWBI.

You can help by urging the Government of India to notify the rules for egg laying hens as suggested by the AWBI. With your support, we hope to make India a battery cage-free country. 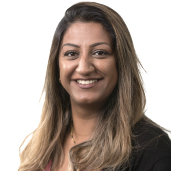