2015 has been a good year for the French poultry sector. Production is back at the levels of 2007 thanks to the continuous growth in chicken while consumption remains dynamic at the highest level in almost 40 years according to the statistical service Agreste of the Department of Agriculture.

France is the 4th largest producer and exporter of chicken in Europe. However, the sector recently had a couple of difficult years, particularly after a number of outbreaks of avian influenza in France and other European countries which affected both production and consumption. 2013 also brought the end of the European Union subsidies on the export of frozen chicken to the so-called third countries, hitting France the most since it was by far the largest beneficiary of that financial support.

However, 2015 brought some relief, Agreste says. Total production reached 1.1 million tonnes, which is 5.1% more than in the previous year. Export also held up, with the largest part of French chicken and other poultry products still going to countries outside the EU.

France exported just over 304,000 tonnes to third countries, with Saudi-Arabia and other countries in the Middle East taking 190,000 tonnes and South-Africa 22,600 tonnes. Within the EU, Spain is the largest customer of the French sector, taking 36,900 tonnes followed by the United Kingdom at 27,000 tonnes.

The total French export of poultry and poultry products last year amounted to 590,000 tonnes worth €1.2 billion. At the same time, the country imported 572,000 tonnes for €1.19 billion. Some 90% of this foreign trade is chicken and chicken products, with the share of turkey showing a continuous decline.

Consumption of chicken and to a lesser extent other poultry products is on the rise for many years now. Agreste estimates the average growth over the last 40 years to be some 1.2% annually. In France, total consumption reached 1.8 million tonnes last year. The reasons for the popularity of chicken are the same as everywhere else: reasonably cheap compared to other meat, versatile and no religious restrictions for eating chicken or turkey, the agency says.

The question remains whether the recovery can hold. In the first quarter of the current year, production of chicken was down by just over 1% while March showed a decline of almost 5%. Elsewhere in the poultry sector, duck and geese has been hit hard by the widespread outbreak of highly pathogen avian influenza in the southwest of the country leading to a decline in the production by some 8% in Q1 of 2016.

The French institute had a look at the European picture too. The largest producer of chicken and chicken products in the EU is Poland with a production of 1,477 million tonnes in 2015, a 10% increase year over year. In 2015, Poland overtook the UK were the production last year amounted to 1.438 million tonnes or 3% more than a year earlier.

Spain is third with just over 1.2 million tonnes, a decline of almost 2% compared to 2014. Other large chicken producers in the European Union are Germany, the Netherlands, Italy and Belgium. 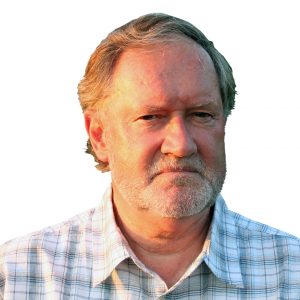