A combination of high feed prices, legislation and especially the cage ban has put the production costs of eggs at an all-time high. Costs differ per country, but enriched cages and aviary systems have significantly higher costs. A market bonus is necessary to compensate.

Production cost is the total cost to produce a certain number of eggs. The unit can differ per country: in the US normally per dozen and in many European countries one kilogram (or 16 eggs). In calculating the production costs the continuation of the company is the basic principle in which costs of investments are calculated on replacement value. In our definition the production costs of eggs are the total costs of the farm minus all revenues except for the eggs. The total costs is the sum of the variable costs and the fixed costs. The variable costs are the depreciation of the hen, feed and other variable costs. Depreciation of the hen is the difference between the pullet costs (purchased at 17 weeks) and the revenues of the spent hens. Other variable costs are all costs directly related to the number of hens, such as costs of electricity, animal health and water. The fixed costs are the costs for housing, labour and general costs. The costs of housing relate to depreciation, interest and maintenance on the investment of the poultry house and complete inventory (cages, ventilation, feed storage). These total costs can be divided by the number of hens housed (costs per hen housed) and the total number of kg produced per hen housed (costs per kg of eggs). Figure 1 gives the share of all components in the total production costs in Europe with hens in conventional cages based on 2012 prices. The share of feed costs is 64% followed by 16% for the pullet (depreciation hen) and 8% for housing. Figure 1 shows the share of components of production costs of eggs produced by hens in conventional cages based on 2012 prices.

Feed costs
By far the main component in the total production costs is feed. When the feed costs of growing the pullet is taken into account the share of the feed costs is even higher. Based on the situation in 2012 the total share of feed costs (including pullet) was 70%. This percentage used to be much lower. Based on the situation in 2010 (with much lower feed prices) the share of feed costs (including pullet) was 65%. Figure 2 gives an overview of the development in price of layer feed in the Netherlands (in euro) and in the US (in US$) from 2005 till may 2013. For a long period, from 2000 till 2007, the layer feed price was relatively stable. After the sharp increase in 2008 the feed price was at a lower level during 2009 and 2010. In 2011 the feed price did increase again and at the end of 2012 feed prices were at a record high level. The feed prices in Figure 2 give a historic overview of the layer feed price in the US and in the Netherlands (representing the EU). In the Netherlands the price of layer feed the farmers are paying to the feed mill is available on a monthly basis. Every month the LEI research institute presents this price on their website. In the US the layer feed price is calculated based on published prices of corn and soybeans in addition to the costs of other ingredients, milling and transport costs. This price is calculated by the Egg Industry Centre in IOWA. The feed prices in both countries show a similar development. Figure 2 shows the development of the price of layer feed from January 2005 to May 2013 in the US (US$ per 100 kg) and the Netherlands (euro per 100 kg).

Enriched cages
Besides feed and pullets the costs of housing are an important component in the total production costs of eggs. Layer farmers in Europe did recently change to enriched cages. As a result the production costs increased. The research institute LEI Wageningen in the Netherlands calculated the production costs of eggs in three types of housing systems: the conventional cage (with 550 cm2 per hen, which was the standard in the EU until 2011), the EU type enriched cage (with 750 cm2 per hen) and the barn system (based on aviaries with 1111 cm2 per hen). It is evident that increasing the space allowance per bird will lower the bird density per m2 of poultry house. As a result the investment for housing and equipment per hen housed will increase. For the enriched cage and the aviary also the labour input per hen housed will increase.

The basic assumptions for the technical results are egg production, mortality and daily feed intake. Based on results at research stations and the experience on farms it can be concluded that there are no major differences between the conventional and the enriched cages. In aviary systems the laying period is shorter. At the same time egg production is slightly lower and feed intake and mortality is higher than in the cage system. On the basis of the accepted debit terms for three housing systems the costs of pullet, feed, other variable costs, housing, labour and general costs are calculated per hen housed. Figure 4 gives the results in euro per hen. Keeping hens in enriched cages results in higher housing costs. Keeping hens in aviaries results in higher costs for pullets, feed, housing and labour.

Additional costs covered?
The conclusion is after implementation of EU legislation the housing system with enriched cages produces eggs at the lowest costs. Compared to the situation before 2012 (with conventional cages) the production costs of eggs increase with 7%. The production costs in aviaries are higher compared to the enriched cages (+22% compared to the conventional cages). This means that from the market a bonus must be achieved to keep the income for the poultry farmer at a consistent level. In this context it has to be mentioned that other alternative housing systems, like free range and organic, have higher production costs than enriched cages and aviaries. Eggs produced in these systems need an even higher bonus from the market to compensate the farmer for the additional costs. 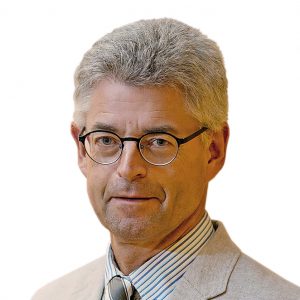