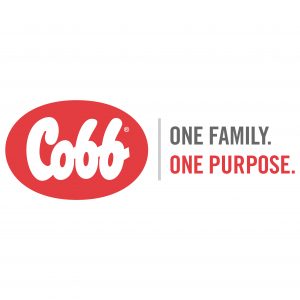 Unfortunately, rodents in poultry facilities hang around and transmit pathogens including Salmonella spp., Infectious Bursal Disease Virus (IBDV), Chicken Anemia Virus (CAV), and Inclusion Body Hepatitis (IBH) from other premises and contaminated birds. For these reasons, the presence of rodents creates a high risk of breaking the biosecurity rules.

Anyone who visits and works daily on a farm knows that rodents like our warm facilities, delicious meals and temperate water. Everything is free and sometimes readily available. Another gift in our all-inclusive-package is that rodents do not face any predators inside the houses. Cobb shares its best practices in preventing rodent infestation and population control.

To get rid of rodents: Learn about them

Rats and mice are active at night and hide during the day. However, when the facilities are overcrowded by rodents, they may appear during the day, even when people are working inside the houses. Be aware that that the appearance of a mouse or rat during the day, can indicate a significant population (some estimate 500 to 1000!). Do not allow them to overrun your facilities. In addition, if the population of rodents is dense, the rodents will compete and disturb breeders, biting them, eating the eggs and feed.

3 types of rodents can invade our facilities:

Rodents represent a threat to production from a sanitary and economic point of view. Their entrances must be closed (Figure 1). They are controlled by monitoring the consumption of rodent baits to prevent an infestation. The continuous monitoring and tracking of rodent activity is the only way to prevent an invasion.

3 pillars to prevent and fight against rodent infestations:

The key is to prevent hiding and breeding places and sources of food and water for rodents. Ensure premises are kept clean and do not allow any light leakage especially in a dark house. Create a harsh, inhospitable outside environment by keeping vegetation short and ensuring the disposal of dead birds in a closed and easily cleaned area. Ideally, the farm should be surrounded by a deep concrete wall (50cm in depth) to prevent tunnelling under fences. Plain tin sheets and doors as part of the fencing will complete the unwelcoming barriers.

Try to create barriers by putting up fences around the farm and deep concrete walls to prevent tunnelling. Photo: Cobb

Having barriers and rodent stations in place is not enough to deter rodents. Monitoring their presence with the use of rodent baits is obligatory. A map outlining the location of all numbered bait stations must be updated regularly and will help identify the first arrivals (Figure 2a,b). If no rodent activity is found, checking once a week will be sufficient. In the case of an infestation, monitor the bait stations daily and place additional bait stations.

Figure 2b – From this map a bait station monitoring form was created that has a legend indicating to the user which marks to use to indicate bait station activity. In this example, the form was completed using marks as per the legend.

The baits must be placed close to the perimeter fence, along the outside wall of the houses and inside the house every 15 to 25m. Physical traps such as a mechanical mouse or sticky traps can be useful to catch juvenile mice in the case of infestations. Rats, however, will learn quickly that this mechanism represents a high risk for their life and will avoid being trapped. Moreover, rotation of baits at least twice a year will prevent resistance and bait shyness.

Ingestion of anticoagulant baits will cause internal bleeding after a few hours or days. Therefore, rodents will not make any link between the death of their house-mate and baits. Doses and disposition of the bait follow dedicated rules according to the species of rodents that are targeted. Place bait stations on the floor for mice and at a higher level, on the beam, for rats. Spreading poison directly on the ground will make it impossible to know if it has been consumed and if the rodents are colonising.

Use gloves to prevent tainting bait with human scent which can discourage consumption. Some baits are insoluble, such as brodifacoum, and will be perfect outside. Bromadiolone, which is soluble, can be damaged by rain. Outside, a bait station must be fixed to prevent other animals from playing or eating bait. Adding snail poison is also useful because they can also be attracted to the bait stations.

Choose the correct bait presentation; for instance, whole wheat will not be efficient against mice because they peel it. Prevent creating places where the rodents can hide. Do not pile bags, lean feed bags against walls, or store material used for chick placement.

In the case of a high infestation, anticoagulant baits can be swapped with Bromethalin, Cholecalciferaol or Alpha-Chloralose (according to your country’s regulations). These poisons will act quickly (except for vitamin D) and decrease the population quickly. Another solution that’s gaining more traction is chemical sterilisation. However, its use on farms is not well documented. Even in the best modern facility, the risk of welcoming rodents is considerable. The goal should be to create an unpleasant environment for rodents including a tidy room, no feed spillage, no light leakage, and an excellent bait monitoring programmes.