Can algae residuals be used in chicken feed?

Belgian researchers are using residues from algae production for human food to assess their application in chicken feed. This idea looks promising.

Researchers from the Flanders Research Institute for Agriculture, Fisheries and Food (ILVO) are conducting a study on how residual flows from algae production for human consumption can deliver value in chicken feed.

The study is part of ValgOrize, a project that promotes algae as food for humans in Europe. In this project several studies involve examining residual flows. Some product remains after extracting the nutrients from microalgae and after centrifuging macroalgae to dry it. According to researchers at ILVO, the remaining biomass contains valuable nutrients, which make it suitable for animal production. Johan De Boever, feed evaluation expert at ILVO puts it this way: “It’s important to investigate how the addition of this residual product could affect chickens (and other animals). When algae cultivation in Europe becomes more mainstream, which is the goal of this project, we need to know if this can and should become a valuable solution for the residual flows, and more importantly, how we can best achieve this valorisation.”

Many algae species have a high protein content and can be beneficial for the fatty acid and amino acid composition of the eggs. Photo: Henk Riswick

The application of algae in animal feed seems promising, since many algae species have a high protein content and they can also be beneficial for the fatty acid and amino acid composition of the eggs, and can even influence the colour of the yolk. However, before feeding algae residues on the farm, it’s important to study the amino acid and fatty acid composition, the digestibility of the feed and the taste of the end product, according to De Boever.

The ILVO feeding trials will run throughout the duration of the ValgOrize project. So far, 3 species of algae have been tested in 3 different trials, in both laying hens and broilers, but concrete results are still awaiting the completion of all the analyses, states ILVO in a press release. The main objective of the researchers is to investigate how to efficiently add algae-residual products to animal feed in order to make the practice interesting and beneficial for the animals and their final products.

According to ILVO, this will largely depend on the composition of the different types of algae and, based on this, the final composition of the feed itself. Certain studies recommend a maximum share of 10% algae in the feed. ILVO is now researching those optimal proportions. The researchers are convinced of the potential of the algae feed. Johan Robbens (ILVO), coordinator of the ValgOrize project, points out that “if you look at the composition of certain types of microalgae, compared to other, more conventional European food and feed sources (Table 1, see below), you can see that the protein, carbohydrate and fat content of the algae is just as good or even better, which makes the algae solid candidates as alternative protein sources. In addition, previous research has shown that algae can also have antibacterial, antiviral and/or anti-oxidative effects. Some algae are also rich in omega-3 fatty acids and may contain vitamins and/or pigments such as chlorophyll and carotenoids, which can help influence the colour of egg yolks.”

You need to process the algae residues

In the press release ILVO stated that the first results of the feed trails show that the residual flows cannot be added to the chicken feed without further processing. “It’s necessary to process these algae residues in a way that reduces the salt and mineral content to less than 10%, by washing them with fresh water and drying them. Without this treatment, the chickens’ digestion could be disrupted,” says Marta Lourenço, poultry researcher at ILVO, “resulting in less efficient protein and energy utilisation. Further research should show whether other processing techniques are needed. The focus of the feeding trials within the ValgOrize project is on poultry, due to the small amounts of residual flows available and the fact that chickens react quickly to changes in feed composition, explains ILVO. Previous studies have also shown that there is potential for feeding pigs and dairy cattle. However, these results were not always unequivocal. In pigs, for example, the algae were used as alternative sources of protein, but the results in terms of growth of the pigs and fertility of the boars varied. In some studies in dairy cattle, an increase in milk production and an altered amino acid composition were observed. These results are promising, but require further research.

Interview: FVE president: “One Health approach is essential”
Dutch veterinarian Rens van Dobbenburgh has been president of the Federation of Veterinarians of Europe (FVE) since June 2019. Poultry World caught up with him to talk about the role of FVE and the challenges to be faced.

This project was established to promote algae as food for humans in Europe. Within the project several studies are taking place, with an emphasis on taste, sustainability, market research and cultivation. The project brings together 11 partners from Belgium, the Netherlands, France and the UK. 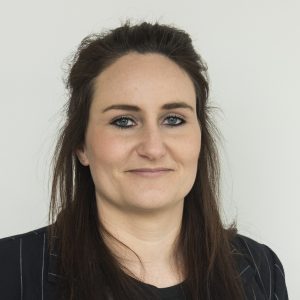 Marieke Ploegmakers Editor: All About Feed