Recent outbreaks of HPAI across Europe, as well as other pathogens, demand good biosecurity and a second line of defence: the bird’s immune system.

At the time of publishing, there have been several HPAI outbreaks in commercial facilities across Europe — the most recent outbreaks being in the UK, Germany and The Netherlands. This and other pathogens demand good biosecurity, as well as a second line of defence, being the bird’s immune system.

Highly virulent diseases such as these are rising in prevalence, especially in regions where previously these diseases were rare. Global warming is undoubtedly playing a part; shifting migratory bird patterns and milder winters are allowing pathogens and their host species to survive where previously they might not have.

Biosecurity can be considered the first line of defence against pathogens. A good, well-managed programme can prevent nearly every infection from reaching birds. Often, people are considered the greatest biosecurity risk to a flock, but any external object being brought in from outside the shed environment should be viewed as a risk. Should biosecurity fail and a pathogen enter the shed, the next line of defence is the bird’s immune system. Different pathogens will each have a different impact on the bird. The manner in which birds respond to challenge, and the knock-on performance decline, is dependent on a number of factors. Genetics play a big role, alongside nutrition and the microbiota.

Gut health: Reducing antibiotic use in poultry production
In recent years pressure to reduce on farm antibiotic usage has been mounting, with retailers now monitoring farmers’ performance and antibiotic growth promoters banned in the EU.

The gastrointestinal and respiratory tract are often the main points of entry for pathogens. Maintaining general bird and immune system health is critical to giving birds the best chance of fighting off infection, without seeing morbidity. In all, 70% of the immune system functions in some way through the gut tissue. Therefore, improving gut health is critical to supporting immunity. The gut is an ecosystem composed of a plethora of microorganisms. This microbiota, if balanced and diverse, can help to modulate or ‘educate’ the naïve immune cells, allowing them to learn what is a real threat and how to respond to that threat. The microbiota also interact directly with the epithelial cells lining the gut walls and have a role in modulating the inflammatory pathway.

Excess mucus is an output of the inflammatory pathway and acts as a barrier to prevent pathogens from attaching to the cells of the gut lining. However, excessive mucus production also acts as a barrier to prevent nutrients from being absorbed as easily and, as a result, has a big impact on feed conversion. While mucus production is necessary for the prevention of pathogenic attachment, overproduction has significant effects on performance. As such, the role of the microbiota in immune system modulation should be at the forefront of producers’ minds. Ensuring diversity in the microbiota will allow the immune system to function in the most optimal way while reducing disruption to performance. This is a huge contributing factor in helping birds to fight off potential pathogens.

Managing moisture to maximise broiler performance
Keeping moisture levels in the poultry house under control is a sure-fire way to minimise a wide range of potential health problems and improve performance.

Nutrition is also a major factor influencing bird health and immunity. Like people, birds cannot be expected to perform at their optimum without first having all of their nutritional needs met. The immune system is extremely complex, and as such requires an array of vitamins and minerals, alongside regular calorie-providing nutrients to function at its best. With relation to the immune system, selenium is critical but often overlooked. Selenium is part of the antioxidant pathway, as it is a component of the enzyme glutathione peroxidase. This pathway helps to remove compounds that cause damage to cells within the body. If birds do not have the correct forms or amount of selenium present, their antioxidant status will suffer.

While it might not be immediately obvious how this links to immunity, it does, in numerous ways. A compromised antioxidant status and oxidative stress can cause immune cells to burst. It can also cause a reduction in the production of antibodies, which are crucial to fighting off infection. There is also evidence that shows that enhanced oxidative stress can actually damage the communication between different types of immune cells. Any damage to the immune system will prevent the bird from being able to fight pathogens as effectively, leading to higher morbidity and mortality.

Avian influenza (AI)
Find out more about the causes and effects of avian influenza and many other poultry diseases in the Poultry World health tool.

Maintaining bird health is key to keeping production going. Preventing birds from being subject to any pathogen challenge is the most effective way of managing this. However, inevitably pathogens will enter the shed. It is also worth considering that, although cleaning out sheds is supposed to remove all organisms, it reduces microorganism load, leaving the same bacterial profile present, just in much lower numbers. Therefore, it is inevitable that birds will have to interact with microorganisms in one way or another. The immune system is critical for fighting off any pathogens that have passed biosecurity measures and managed to enter the bird. So, maintaining its optimal function is vital to ensuring that bird health is maintained. 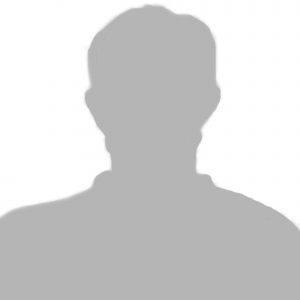