Guanidinoacetic acid as a viable solution to reduce feed costs

There has been a sharp rise in global feed prices in recent months, combined with high volatility and unreliable supplies. According to analyst predictions, feed prices will stay high mainly because of low global stocks of grains and oil seeds.

On top of that, meat prices have not risen proportionally and could stay low, especially considering the reduced consumer demand caused by Covid-19 restrictions in many regions. This means animal producers are facing increased costs and equal or decreased revenues. Therefore, the task for animal nutritionists and producers is to reduce feed costs once again, while maintaining animal performance and meat quality.

Since energy is the most expensive part of broiler feeds, one approach is to look for products that improve energy utilization efficiency, such as guanidinoacetic acid (GAA). This compound is a naturally-occurring precursor for creatine, which has a vital role in cellular energy metabolism. A deficiency of creatine reduces the efficiency of energy transport and utilization within the cells.

Combining the results of different papers, it is estimated that only 2-thirds of the total daily creatine requirement can be met by the endogenous creatine synthesis, whereas the remaining 33% must be supplied by the feed. Plant-based feed ingredients do not contain any GAA or creatine and therefore cannot meet the creatine needs of the birds. On the other hand, animal byproducts contain GAA, creatine, and creatinine, but the contents are variable, either due to the high variability of the feed quality itself, or due to heat treatment of the feed resulting in degradation of the labile creatine. By supplementing feeds with GAA, the creatine gap is closed and energy efficiency is increased.

A series of experiments over the past 10 years has demonstrated the increased energy efficiency when GAA was added to the diets of broilers. Previous data has even shown that broiler performance can be maintained when energy in the feed was reduced by 50 to 100 kcal/kg below breeder recommendations and 0.06% GAA was supplemented. Therefore, it is known that GAA has an energy-sparing effect which means we can confidently ascribe an energy-sparing value to GuanAmino (the innovative GAA source from Evonik; ≥96% GAA).

A simple calculation can be done to explain the energy contribution of GAA when considering the previously mentioned possible energy-reductions in the feed to GAA. By dividing either 50 Kcal or 100 Kcal by the percentual inclusion of GAA we can deduce that the energy contribution of the product lies between 83,000 and 166,000 kcal ME/kg (e.g. 50 kcal/0.06% GAA inclusion ≈ 83,000 kcal).

Additionally, the endogenous synthesis of GAA requires glycine and arginine. Therefore, when GAA is supplemented to the feed, both amino acids can be spared for other metabolic processes and a potential arginine supplementation can be reduced. More trials are conducted to evaluate the arginine-sparing potential of GuanAmino. A conservative estimate suggests that arginine can be spared at least in the amount of 77% of the supplemented GAA. Available data shows a potential arginine-sparing effect of about 100%. With this information nutritionists are advised to add GAA using the matrix shown in Table 1.

Benefits of GAA in broiler diets

The benefits of supplying GAA in broiler feed can be illustrated by the study conducted by Malins et al. (2017) with Ross 308 broilers raised from 1 to 42 days of age. The authors could show that there was a statistically significant reduction of weight gain in the negative control (NC = PC -50 kcal) compared to positive control (PC), confirming that NC was indeed deficient in energy, and NC+GAA. Furthermore, the supplementation of 0.06% GAA (83,000 kcal ME energy-sparing value) to an energy-deficient diet (NC+GAA) proved to be effective in maintaining weight gain at the same level of PC and even slightly higher (see Figure 1). The parameter feed conversion ratio (FCR) was only numerically improved for the NC+GAA treatment compared to the other 2 groups.

Additionally, the European Poultry Efficiency Factor of the NC+GAA treatment was significantly improved compared to the NC treatment (Figure 2).

Using GAA with the most conservative nutritional matrix values (83,000 kcal ME/kg energy-sparing and 77% Arginine-sparing), like in the treatment NC+GAA, it is possible to save about € 2/tonne (0.6%) of feed cost (Figure 3).

If nutritionists take into consideration the GAA energy-sparing potential of 166,000 kcal ME/kg the feed cost can be even reduced by about € 7/tonne (2.4% of feed cost).

Although energy reduction itself promoted the greatest reduction in the cost of feed in NC relative to control, performance in NC was not satisfactory (Figure 1) indicating that energy reduction alone may not be optimal to maximise income over feed cost. The data shows that the usage of GAA with its matrix values leads to reduced feed costs (Figure 3) while maintaining or even improving animal performance (Figure 1).

Taking the effects of GAA supplementation on feed cost and animal performance together, the income over feed cost (IOFC) improves by 3% compared to the PC and by 2.6% compared to NC treatment (Figure 4).

Especially in times when feed prices are rising, using GuanAmino in the diet can help to reduce feed costs and improve income. 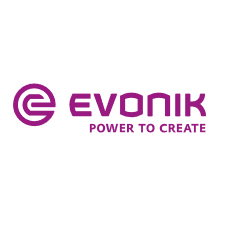