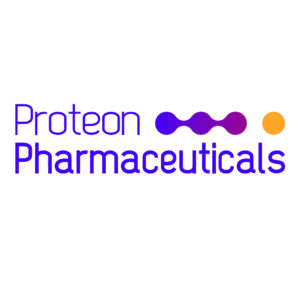 The use of bacteriophages is promising because of the specificity of their action, they do not interfere with gut microflora like antibiotics do. Also, the tendency of bacteria to develop phage resistance is about ten times slower than in case of antibiotics.

The problem of antibiotic-resistant bacteria

The moment of introducing antibiotics was a turning point in medicine. Antibiotics revolutionised the industry, displacing other methods of combatting microorganisms, and contributed to the development of various medical therapies, e.g., chemotherapy, and transplantation. The phenomenon of antibiotic resistance appeared at the beginning of antibiotic discovery, but due to the rate of discovery and introduction of new antibiotics, it did not raise much concern. With time, the amount of new and effective antibiotics has drastically decreased, and the problem of antibiotic resistance has become more noticeable. This phenomenon is a natural process and occurred even before commercially available antibiotics were introduced. However, it referred to naturally occurring compounds with antibacterial activity and in relatively low concentrations when compared to therapeutic doses. Bacteria, like all living organisms, want to survive, which results in the development of mechanisms that adapt them to unfavourable conditions, e.g. make them resistant to therapeutic agents. Unfortunately, antibiotic resistance is significantly influenced by their overuse, not only in the treatment of diseases, but also when used as growth promoting agents in plant cultivation and animal breeding.

It is estimated that in the last case, up to 73% of antibiotics are used worldwide. The greatest consumption occurs in aquaculture, where even tons of antibiotics are released into the waters and therefore accumulate in the environment. This affects not only the development of antibiotic resistance but also the destruction of the ecosystem. Bacteria acquire resistance because of gene mutations and horizontal gene transfer: conjugation (collection/transfer of genetic material from/to another bacteria), transformation (collection of genetic material from the environment), transduction (with the participation of bacteriophages). Moreover, bacterial cells can achieve transient, genetically uncoded resistance through processes such as growth in biofilms, swarming adaptation, metabolic dormancy, and persistence.

Phage therapy as a “rediscovered” path

Bacteriophages are bacterial viruses that recognise specific species and even strains of bacteria. The name also means “bacterium eater”. Phage therapy was introduced already a century ago, in the early 1900s, but was discontinued after the introduction of antibiotics. However, research has not stopped and has continued in places such as Russia, Georgia and Poland. Institutions which are known for their long activity in the field of bacteriophages are Eliava Institute of Bacteriophage, Microbiology and Virology, founded in 1923 in Tbilisi, Georgia; and the Ludwik Hirszfeld Institute of Immunology and Experimental Therapy, founded in 1952 in Wroclaw, Poland. The allegations that questioned the effectiveness of the bacteriophages mainly included insufficient methodology design. Bacteriophages have regained interest through a more detailed understanding of phage biology, genetics, immunology, and pharmacology. Many studies suggest that properly developed bacteriophage cocktails give very satisfactory results in medicine, agriculture and aquaculture.

Phage therapy has a good chance of success

The use of bacteriophages is promising because of the specificity of their action, which means that they will not have a negative effect on the microflora, as do antibiotics. The undoubted advantages also include the fact that they cease to function when they neutralise all target bacteria, and reproduce on their own, thus, small and single doses are usually enough. Moreover, bacteria striving to develop resistance against phages have a much more difficult task, since phages also react to these changes and during this time they will evolve and bypass the bacterial defence mechanisms. The tendency of bacteria to develop phage resistance is about ten times slower than in case of antibiotics. The specificity of bacteriophage action may seem to be a disadvantage for some people, and in fact it is a limitation, but mainly in the context of sterilising, e.g., laboratory equipment and surfaces or limiting the number of microorganisms in food products. However, for the treatment of diseases, specificity is highly desirable.

Another reason in favour of phage therapy is the high prevalence of viruses, thanks to which they are easily found in the environment. Moreover, there are many virulent bacteriophages in nature which are lethal to bacteria, and additionally they constantly evolve parallel to the bacteria. Many antibiotics only inhibit multiplication of bacteria instead of killing them, which increases the ability of bacteria to adapt.

Currently, large technological advances, including the development of efficient tools and techniques, make it possible to significantly increase the effectiveness of phage therapies. Thanks to novel bioinformatics tools and sequencing technology, it is very easy and quick to determine whether the tested bacteriophage is virulent or only inhibits the growth of bacteria. It is also possible to identify the best conditions for a given bacteriophage in which it is most active. As a result, various stabilising solutions are created that maintain effectiveness and bioactivity even for months.

To learn more on how Proteon Pharmaceuticals takes advantage of the most up to date technologies to develop Bacteriophage products for animal farming and aquaculture, watch this video.