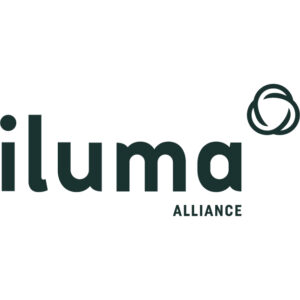 The poultry industry involves endlessly contending with challenges, testing hypotheses, and taking risks. However, what you might not realise is just how important one single micromineral could enhance your overall operations, improve animal health, and consequently impact overall productivity. That micronutrient is selenium (Se). But what makes Se so important, and how can we ensure it is responsible for these outcomes? Read on to find out more.

Regardless of where your company is placed in the animal protein production chain, the dynamics of this industry revolve around producing feed and food in the most productive way possible, achieving large volumes at the lowest possible price and complying with the required quality standards.

We are Iluma, an Alliance inspired by the purpose of positively impacting people’s lives through nutrition. We build and accelerate different Agtech and Foodtech businesses to create an ecosystem where life sciences converge with knowledge, technology, and innovation and expand through our human talent, which with an infinite curiosity mindset, design possibilities that nurture and enhance people’s lives.

Selenium and its relevance in animal nutrition

Selenium is an essential trace mineral required for the maintenance, growth, immunity development and reproductive functions in poultry production. It has been supplemented in the animal diets since the 1950s when it was recognised as an essential dietary nutrient, necessary for maintaining the high performance of modern broiler strains. Se is contained in all cells and tissues of the body in concentrations that vary according to the tissue and the chemical quantity that was added in the diet (Levander.O.,1986).

An important SePs enzyme is the glutathione peroxidase (GSH-Px) which prevents oxidative damage to body tissues and is involved in the detoxification of certain toxins. Broiler meat is very sensitive to oxidation due to the high content of polyunsaturated fatty acids, that can link correct levels of available Se to the quality of fresh and frozen meat because it prevents discoloration of the meat, drip loss, high pH levels, and cooking loss.

In animal health, Se supplementation has also demonstrated immunostimulant effects, such as enhanced proliferation of activated lymphocytes T, activation of natural killer cells, and tumoral factors (TNF). In contrast, Se deficiency is associated with the occurrence, virulence, and disease progression of viral infections.

As a feed additive, Se enhances growth, fertility, and health in the poultry industry. Across time many factors are related with this mineral such as a better feed conversion ratio, viability, reproduction, and a general better immune system response.

Not all sources of Se are equal

Selenium is commonly added in animal diets in a ratio of 0.15 to 0.4 ppm/kg because of the wide variation of this element’s concentration in feed grains around the world. The feed industry has used the inorganic source, sodium selenite, but replacing it for an organic form could improve the Se bioavailability in the animal, increasing its use and deposition, and decreasing the excretion. The absorbed Se, which is not immediately metabolised, is incorporated into certain tissues with high levels of protein synthesis, such as skeletal muscles, erythrocytes, pancreas, liver, kidney, stomach, and gastrointestinal epithelium.

Organic Se is 3 times more efficient than inorganic Se. It’s metabolisation is clear in the form of organic Se in animals, needing to convert it into the biological active selenoproteins, which depends exclusively on Se Cysteine.

Because of the wide availability of inorganic Se, a larger amount of research has been done on it. In order to prove the effects of organic Se can further improve farming outcomes, we conducted a data analysis trial with a partner company calls Asimetrix (Asimetrix 1307 Person St, Durham n.d.) to better understand the impact of Se on poultry farms, particularly when it comes to organic Prokel Se (hereafter also referred to as organic Se), a mineral organic complex (AAFCO 57.151, 1997).

When exploring the impact of any farming decision, it’s essential to examine its effects as they would be seen in the commercial environment. This is typically done by studying the impact of that decision on a small population in production, but it doesn’t always give an exact picture.

The traditional trial consists of attempting to isolate the variable in the hypothesis, conducting the study on an experimental farm with a small sample population of birds, compared to an identical control group in an identical controlled environment. This gives professional certainty that there’s only one variable of difference between the 2 groups and allows them to prove or disprove their hypothesis.

The fact is that there are infinite other variables that impact production and are not considered in an experimental farm, including shed characteristics, light management, sanitary challenges, feeding equipment, population density, etc. All these things can impact day-to-day poultry farming.

BioApps partnered with Asimetrix (one of the leaders in data science and data management) and evaluated the impact of the organic Se in existing broiler integrators. Asimetrix has access to an integrated poultry database and a patented method that uses machine learning analysis capabilities to extract knowledge for the animal science industry, making them an ideal partner for this study. This methodology allowed us to access massive data samples from broiler farms in several countries. Asimetrix was funded in 2011 with the purpose of reducing inefficiencies for protein producers by providing analytics.

For more than ten years, Asimetrix has been building a knowledge ecosystem based on an unparalleled ensemble of telemetry, data integration, and data science analytics for the livestock industry. One of the most interesting results from these efforts has been adopting a series of methods to sort out with messy data, that is, data coming directly from commercial livestock producers, to get the most from it. Artificial intelligence and statistical tools are the bases of these methods.

How often have you heard of a producer failing to confirm what a product has been claiming to offer? Among the best options for confirming research claims on the effect of particular intervention in livestock performance is to analyse large datasets from commercial operations, i.e. poultry flocks, and deal with them using new techniques that could handle data issues which classical analysis cannot: Nearly all commercial data is plagued with challenges and unbalanced issues which classical statistical methods struggle to deal with. In addition, every data set brings its limits and possibilities. We take the challenge of dealing with these limitations as far as new data technologies allow, getting the most accurate view and knowledge that these kinds of datasets can yield.

The performance of over 13.284 flocks of broilers produced between 2018 and 2022 in 9 companies and 328 farms (adding up to more than 480 million birds) was analysed, combining descriptive, statistical, and machine learning analytics. The analysis sought to detect whether the source of dietary Selenium can be linked to performance traits such as Feed Conversion Rate and others, using data coming from consumer poultry operations.

In this particular case, deep nestings prevented the usage of multivariate statistics and machine learning, but given the value of statistical comparisons, we broke down flocks into final weight categories and compared descriptive means for Selenium source users inside weight groups, both graphically and with t-Tests.

Figure 1 shows an interesting advantage of organic Se users over other selenium sources users in the groups weighing between 2 and 2.3 kg and 2.3 to 2.6 kg at slaughter age, but not in different groups. T-Tests showed a significant statistical difference for FCR between organic Se users and other Se sources users, at least in the aforementioned categories (see Table below ).

Few micronutrients are as valuable and critical in poultry farming as Se. It’s important to consider that Se doesn’t just have potential benefits for broilers and meat birds, but also for egg-laying flocks and breeding birds. Flocks for all types of farming operations can benefit from the improved immune function and higher resistance to general challenges, generating the best results in their production cycle. Also, by using more readily absorbed micronutrients- i.e., organic sources, Se can be found in higher concentrations in the meat and eggs produced in these operations, assuring that the end product is also more nutritionally valuable to the consumer.

Considering the savings on feed associated to the use of organic Se (compared to other inorganic Se additives) even considering the cost of adding it into your feed formula, we found that there are a variety of benefits that could work towards a more favourable ROI, keeping in mind the farm condition variables.

Prokel Se is the best organic selenium source and truly works towards improving the feed conversion rate to make farming efficient and cost-effective while upholding the best quality products – the master goal of nutritionists and farm managers. To know if it’s available in your country, contact our team (maria.spindola@iluma.bio) or visit our website.

We are Iluma, an Alliance inspired by the purpose of positively impacting people's lives through nutrition. We build and accelerate different Agtech and Foodtech businesses to create an ecosystem where life sciences converge with knowledge, technology, and innovation and expand through our human talent, which with an infinite curiosity mindset, design possibilities that nurture and enhance people's lives. Contact Maria Spindola - commercial director for more information. spindola@iluma.bio

We are Iluma, an Alliance inspired by the purpose of positively impacting people's lives through nutrition. We build and accelerate different Agtech and Foodtech businesses to create an ecosystem where life sciences converge with knowledge, technology, and innovation and expand through our human talent, which with an infinite curiosity mindset, design possibilities that nurture and enhance people's lives. Contact Maria Spindola - commercial director for more information. spindola@iluma.bio