Globally, it is recognised that there is no so-called “silver bullet” to replace antibiotic use in animal production and producers will almost certainly have to improve hygiene and husbandry to address the issue.

There are many feed supplements which are focused on stabilising the gut microbiota to aid intestinal health and decrease the animals’ susceptibility to disease. Some products that will assist the move to antibiotic-free (ABF) production status include many that are designed to regulate and support the gut environment and its microbiota.

Tools that support ABF production range from Coccidial vaccines to probiotics and from Organic minerals and acids to Yeast cell wall derivatives such as mannan-oligosaccharides (MOS) or mannan rich factions (MRF).

It is essential that antibiotic-free production systems improve overall feed quality as animals that are fed quality feeds are less susceptible to enteric problems. This move away from older systems that employed least cost feed formulation and relied on antibiotics will be replaced by a new model – high quality feeds containing functional ingredients.

Optimal efficiency formulations are likely to be more profitable in the long run, since the higher cost of good quality ingredients will be offset by better animal performance, and improvement in product quality.

Of the functional ingredients currently in use for microbial control, mannan rich fractions (MRF) are widely used in animal nutrition and have been shown to improve animal performance in a manner similar to antibiotic-like growth promoters, suggesting they are a viable non-antibiotic alternative. MRF products have been commercially available since the early 1990’s.

Since 1999 the use of MRF in animal feed has become more prominent, mainly due to the European ban on prophylactic antibiotic growth promoters in animal feed. Most MRF products are derived from the cell wall of the yeast, Saccharomyces cerevisiae. Given their ability to bind and limit the colonisation of gut pathogens, MRF has proven to be an effective solution for antibiotic-free diets, as well as providing support for immunity and digestion.

Effect on bird health and performance

The effects of MRF supplementation on bird health and performance have been studied comprehensively and they have proven effective at improving weight gain and feed conversion efficiencies while also protecting against pathogen colonisation of the gut. Some newer studies have focussed on the effect of MRF supplementation on the total bacterial community of the poultry gut, not just specific bacteria, and such work has shown that MRF supplementation can significantly alter the intestinal microbiota (the so-called microbiome).

This analysis, which was carried out using deep-sequencing technology, has allowed the researchers to observe the effects of MRF in modulating the microbial population at varying phylogenetic levels. One specific study focused on a number of commercial broiler trials and identified consistent alterations in the caecal microbiota of broilers, demonstrating increases in the phylum Bacteroidetes and decreases in the phylum Firmicutes (Figure 1).

Figure 1 – Consistent alterations in the broiler caecal microbiota demonstrating increases in phylum Bacteroidetes and decreases in phylum Firmicutes, as a result of dietary supplementation with mannan rich fractions. 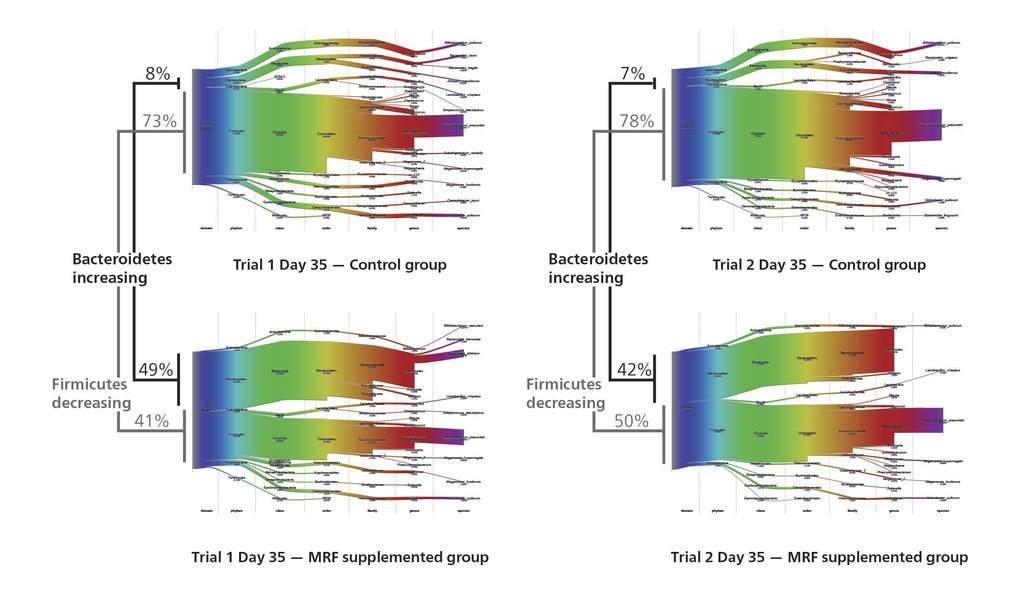 Interestingly, recent work in mice and humans has shown that the relative abundance of these 2 microbial phyla differs among lean and obese subjects; with obese individuals having a higher proportion of Firmicutes to Bacteroidetes (50% greater) than their lean counterparts. 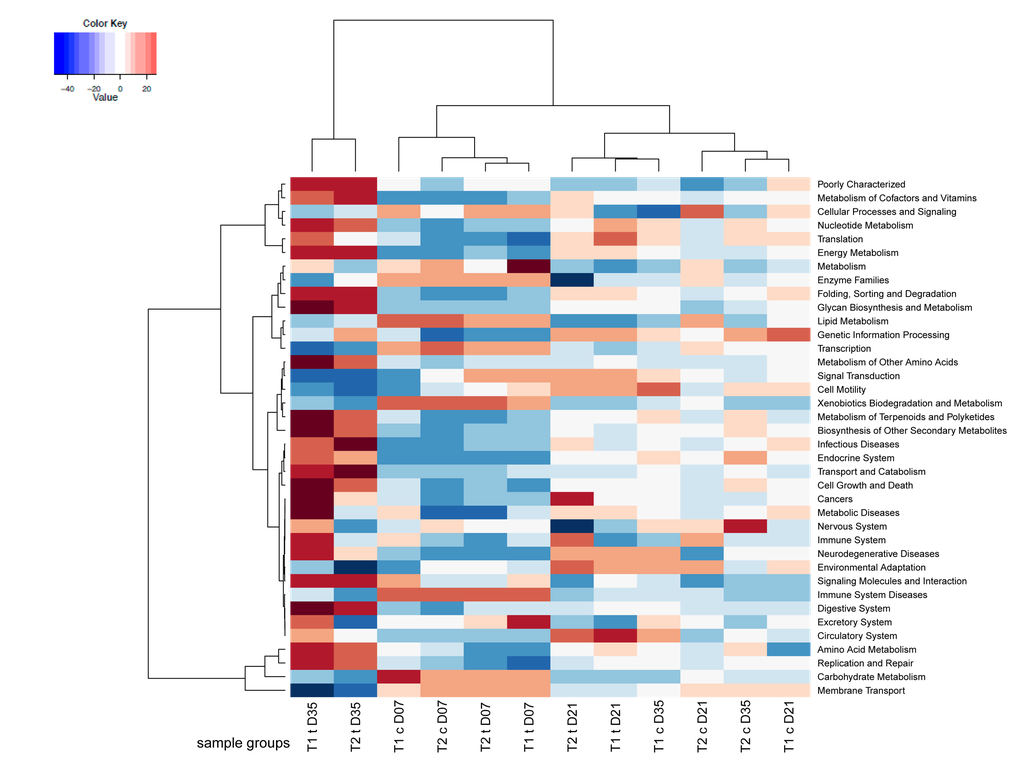 This work has given new insights into the specific and reproducible effects of MRF supplementation on the caecal bacterial community composition as a whole; rather than looking at specific beneficial or detrimental bacterial species. Improving our understanding of changes in bacterial community composition and how they might contribute to host health and performance is now key in the poultry industry. Some studies have already identified potential specific bacteria which they have related to performance enhancement.

This has significant practical value in commercial poultry productions settings. If optimisation of the microbiota composition in the caecal environment leads to improved performance, it will be necessary to develop programs which provide a competitive advantage for representatives of bacterial taxa identified as being beneficial. As evidenced here MRF supplementation could represent one possible strategy to alter this microbial balance.