Most of our breeder feed is used to meet maintenance requirements and, as such, some 70% of the overall feed cost gives no tangible return. However, failure to meet this critical maintenance need will invariably be at the expense of reduced egg production.

Broiler breeders are usually fed around 160 g/bird/day at peak production to meet an energy requirement of around 450-475 kcal/day. The actual quantity of feed allocated will obviously vary with diet energy level, although this is usually within the limited range of 2750-2850 kcal/kg. Breeders, like most farmed poultry, will eat to their energy requirements if given free-choice feed although this never happens under commercial conditions, even with the lowest energy concentration possible. The laying hen, on the other hand, can adjust its feed intake in response to changing energy needs and so commercial diet energy levels are much more variable. With restricted feeding regimes for breeders we dictate feed and nutrient intake and, consequently, much more thought has to go into estimating fluctuating and evolving daily nutrient needs.

The main nutrients considered in formulating breeder diets are energy, amino acids, calcium and phosphorus. Even with the ever-declining levels of protein and amino acids fed to breeders today, it’s highly unlikely that we underfeed amino acids in terms of needs for egg production. Arguably, we are perhaps reaching the lower limit for amino acids needed for feathering but this issue is confounded with concomitant use of any additional amino acids for muscle deposition (growth). Estimates of daily feed allocations for breeders are therefore usually based on meeting energy requirements. As with any bird, energy is required for maintenance and production, with the latter comprising growth and egg formation. We invariably focus our attention on meeting needs for egg number and size but this is a minor component in overall energy needs. The following equation is used to indirectly estimate feed needs based on coefficients related to energy use for maintenance, growth and egg mass production.

Daily feed intake (g/b/d) = [((120*W.75)+(WG*3.6)+(EM*2.6))/2.85]+(26-T), where W = body weight, kg, WG = daily weight gain, grams, EM = daily egg mass, grams and T = °C below 26°C. This equation has been evolving over the last 20 years or so and was recently updated for application with 2020 broiler breeder genetics and productivity. Maintenance needs are calculated based on metabolic body weight, since both surface area and weight influence basal metabolism. The coefficients for weight gain and egg mass production are quite ‘similar’, meaning that both require comparable quantities of feed to fuel production of either 1g of egg or 1g of body tissue . The ‘energy’ estimates are then divided by the energy level of the feed, in this case 2.85 kcal/g. Finally, the effect of low environmental temperature is recognized, being +1g feed for each -10°C below the thermoneutral temperature of 26°C. Using these components that drive feed intake, the following calculations show estimated feed intake from 24-65 weeks of age (Table 1).

In this example, feed intake estimates are at a thermoneutral temperature of 26°C. Table 2 shows a breakdown of these components in relation to feed intake. Maintenance is always clearly the dominant use of feed at 60-70% which equates to anywhere from 100-120 g/b/d. Feed needs for growth are quite significant up to peak production but, hopefully, tail off to less than 3% of needs, assuming ideal control of body weight during the post-peak period. Requirements for daily egg mass never exceed 30%, declining to only 20% at the end of the breeder cycle. Interestingly, the peak feed needs for egg mass are maximised at around 36 weeks of age, then declining very little until 45 weeks of age. This latter effect is predicated by the slowly increasing egg size offsetting the decline in egg numbers and suggests caution in the degree of feed withdrawal that often starts as early as 35 weeks of age.

When there is a limited supply of nutrients, as always occurs with restricted-fed breeder hens, the bird needs to prioritise their use. Maintenance needs are the main priority and nutrients are only available for growth or egg production after these needs have been met. As has been suggested. It would be convenient to accept this assumption, yet it may be a naïve assumption, especially when it comes to amino acid utilization. Since maintenance is such a large component of nutrient needs, then feed allocation must closely mirror changes in body weight. Simply stated, if birds are ‘overweight’ then they have even greater maintenance needs and this is given priority in energy partitioning. Consequently, when breeders are heavier than standard it is essential to feed correspondingly more feed to meet maintenance needs, rather than the often adopted commercial approach of giving less feed in an attempt to ‘control’ escalating weight gain. If breeders are underweight then we can judiciously give more feed than standard in an attempt to standardise weight for age (making more energy available for growth). Consequently, both heavy and light birds need more feed than normal and it will only be the bird on target weight that receives the standard allocation. Such predictions are obviously greatly influenced by uniformity of body weight, since we must react to flock mean metrics.

The equation for calculating feed needs includes a component to account for colder environmental temperatures beyond the thermoneutral temperature of around 26°C. While there is an obvious global trend towards controlled environment housing, significant numbers of flocks are still maintained in open-sided houses. With colder seasonal temperatures, maintenance energy needs may increase by as much 10%. In estimating the need for increased feed, it is potentially not straightforward to consider ‘average’ temperature in such calculations. In regions where this adjustment is most critical there are invariably significant differences between day and night-time temperatures. With floor-managed breeders, birds usually ‘huddle’ together at night-time on the litter or slats to insulate themselves from the effects of the colder temperatures. In effect, colder night-time temperatures are perhaps not as harmful as might be predicted from simple night-time thermometer readings. To calculate the temperature estimate more accurately as it impacts energy and feed requirements, it is suggested to use the ‘Effective Temperature’ of floor-managed breeders which is defined as: Effective temperature = [(3 pm (15:00 hours) temperature x 2) + (3 am (03:00 hours) temperature)]. In effect, using this proposed temperature in the calculation of feed needs places less emphasis on cold night-time temperatures. Table 3 shows such calculated temperature equivalents for various day and night-time conditions.

While the impact of colder temperatures on maintenance energy and feed needs are generally accepted based on our general understanding of metabolic processes in the bird, there is less information available by which to quantify the effect of heat distress on maintenance needs. While the effects of cold night-time temperatures can be accommodated in the calculation of feed allocation, we invariably ignore the more common global impact of heat distress on energy needs. It has been suggested that at least 70% of the world’s breeders are now managed in regions where heat distress will occur at some time during the 44-week breeder cycle. Unfortunately, there are no good estimates of the energy cost of panting in birds. Obviously, such an energy cost will be less than the heat energy dissipated by panting but it is generally recognized that its magnitude is higher as body mass declines and this applies to most poultry species.

An estimate of 10% of maintenance needs is proposed as the cost of panting and this already considers the fact that most animals reduce other metabolic processes (and possibly growth) when panting. At high temperatures, therefore, the increased energy and feed needs will be of the same magnitude as already described for temperatures below thermoneutral (around 1 g feed per 1°C change). A major variable affecting such calculations is acclimatisation, such that the onset of panting will vary depending on the general environmental conditions. Consequently, at both low and high environmental temperatures, maintenance energy needs will increase and must be accommodated to ensure that adequate energy is available for controlled growth and egg production. As an example Table 4 shows these proposed adjustments in feed quantities for a flock of commercial breeders under cool and ‘heat-stress’ situations. 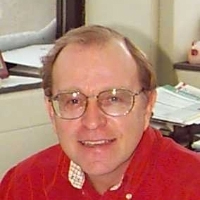