Since the surge of avian influenza, in ever increasing numbers of occurrences globally, biosecurity has become top of mind. Especially over the past few years with outbreaks resulting in astronomical financial losses being incurred by both large and small producers alike. The virus has resulted in devastating losses in large populations of poultry and in the process has wiped out many production businesses. On the surface, there appears to be no stopping its spread. It is obvious that better control measures and vaccination procedures need to be implemented throughout the production chain to secure this protein source. One could go so far as to ask “is there a need to source a replacement for the world’s largest, as well as lowest cost, animal protein?”

By definition, biosecurity is pretty straight forward: ‘A set up of measures that have been put in place by each individual poultry producer (and or related company) in order to protect that producer or company from the introduction of harmful pathogens, which can have a negative effect on the safe and efficient production environment for that type of animal protein (poultry – currently being the one with the highest global demand!)’. However, there are so many factors involved in biosecurity and these run concurrently with the term ‘disease prevention’, which simply means to, ‘prevent disease’. However to carry this out can be and is in many instances, a very intricate process and includes much more than just biosecurity. A combination of many steps or processes need to be set in place to ensure solid links in the entire production chain. This requires precision planning, and includes positioning of the facilities in the correct physical environment. As well as the availability of adequate land volume size, to allow for future expansions, especially if this is considered to be a requirement in the medium term (the next 5 to 10 years).

Getting the right foundation

The land selected should meet the optimum environmental requirements necessary for sustained quality poultry production. Keep in mind that this can differ depending on the type of poultry to be produced – broilers or egg layers (commercial or breeder eggs). Also consideration is needed as to whether closed environmental buildings are to be used or open naturally ventilated housing. For a naturally ventilated housing system – how much insulation should be used in the roof structure? Is it enough to keep the birds comfortable during the maximum and minimum daily temperatures that prevail throughout the year? Daily maximum and minimum ambient temperatures need to be known for the summer and winter periods as well as the normal % relative humidity and the times of the two daily dew points. These are some key ­issues as well as the make or break point of any poultry ­production operation, if it is to be economically viable.

Of course the production sites each need a security fence as well as a shower in and out system in operation with clean overalls for the staff, including ablution facilities. Before entering, everyone should make use of the shower, clean overalls and boots regardless of their status. This refers to anyone who has been given authority to enter and this needs to be pre-communicated to the site manager. The only other outside people to enter should be limited to a veterinarian, or a company maintenance person who is experienced with the equipment and who possesses the knowledge to repair electrical breakdowns.

Bulk feed delivery vehicles need washing and disinfection and pneumatic discharge to the bulk feed tanks should be in operation, this enables the process to take place without the vehicle accessing the site.Truck movements are a main source of infection being introduced to a site and this is often neglected. However, there are other options to reduce this risk including feed discharge to bulk tanks several kilometres from the production units and then using a company tanker to transfer the feed. This can be viable if the feed is in a high physical quality pellet or crumb. However, it may not be advisable if it is in the mash/meal physical state as pneumatic transfer can cause separation if too much handling is carried out. 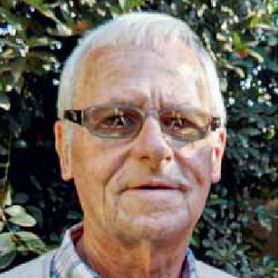 Avian influenza in major production hub in the Netherlands