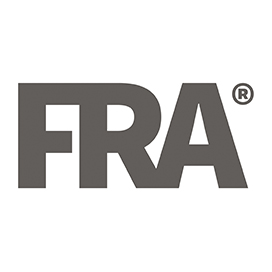 New trial results show improved growth of challenged broilers fed a special form of the medium-chain fatty acid C12. This form of C12 is known for its extra strong antibacterial and antiviral properties. The significantly higher feed intake and improved growth rate seen with this feed additive were most pronounced in the starter and grower periods and may be attributed to an improved health status in young birds.

That medium-chain fatty acids (MCFAs) may offer a tool to reduce antibiotics in broiler diets is being increasingly confirmed by the literature and results from practice. This is good news because many countries have banned the systematic use of antibiotics in feed for production animals in the fight against bacterial resistance. Over the last decade the therapeutic use of antibiotics is has been restricted in many parts of the world. New-generation feed additives should be able to promote animal health in general, and gut health in particular, in a sustainable way. MCFAs promote animal health and performance as they have been shown to possess strong antibacterial and antiviral properties in vitro. The alpha-monoglycerides of these MCFAs, and more specifically alpha-monolaurin (C12), have proven to be even better in managing bacterial and viral infections.

To induce a mild microbial challenge, the one-day-old female broilers (Ross 308) in this trial were exposed to used litter from the previous flock. Other housing conditions corresponded to normal European practice. The treatment group received alpha-monolaurin on top of their feed at dose levels of 3, 2 and 1kg/MT in the starter, grower and finisher diets, respectively. A closer look at the experiment shows that the effect of alpha-­mono­laurin was most pronounced in the starter and grower periods when the young birds faced an extra pathogenic challenge. The growth rate increased significantly, while FCR was numerically improved. It was therefore ­concluded that ­alpha-monolaurin could maintain a healthier balance in the gut, resulting in an improved performance.

The power of alpha-monoglycerides

Although MCFAs are widely known for their effectivity in killing pathogenic bacteria, enhancing digestion and reducing the risk of malabsorption and wet litter, the use of a more effective form of these MCFAs is gaining popularity. These new types of molecules, developed by FRAmelco, are called ‘alpha-monoglycerides’. Specifically linked to the first position of a glycerol molecule, they show stronger antibacterial properties compared to their corresponding free fatty acids, i.e. alpha-monolaurin compared to free lauric acid (C12). This greater effectivity of alpha-monoglycerides is very positive given that a healthy gut is paramount to achieving efficient feed utilisation and sustainable growth in monogastric animals. Moreover, it is highly unlikely that bacteria will develop resistance to alpha-monoglycerides which is good news for global healthcare.

Why are these alpha-monoglycerides so successful? The secret lies in their unique molecular structure. Their chemical composition makes them pH-independent and resistant to enzymatic breakdown which is essential to be effective in the entire gastrointestinal tract. By contrast, conventional organic acids will only be active in the stomach because they dissociate at higher pH-values further down the gastrointestinal tract. It is only in their undissociated form that organic acids like MCFAs are able to infiltrate pathogenic bacteria and disturb vital cell processes.

The chemical structure of alpha-monoglycerides also enables them to be incorporated in bacteria membranes, thereby disturbing the uptake of essentials nutrients, for instance, resulting in reduced bacterial growth. It is evident from Figure 1 that the alpha-monolaurin produced by FRAmelco can control not only Gram-positive bacteria, but also the Gram-negative bacteria E. coli in vitro, for example.

Figure 1 – In vitro incubation with FRA C12 results in growth reduction of E.coli and Enterococcus faecalis.

Alongside to their well-documented antibacterial effect, the scientific literature suggests that alpha-monoglycerides – and alpha-monolaurin, in particular – possess antiviral properties against fat-enveloped viruses. They have been found to affect the viral lipid membrane and cause leakage. Higher concentrations may lead to the complete disintegration of the viral envelope and viral particles. That is why products containing alpha-monolaurin are gaining in popularity in many countries on farms facing viral challenges like Newcastle disease, infectious bronchitis and PRRS.

These in vivo effects may not be attributed solely to the direct antiviral effect of alpha-monoglycerides. There is evidence that alpha-monoglycerides can be transported to the lymphatic system of animals, thereby increasing its ability to fight infections throughout in the body. Research conducted by FRAmelco in cooperation with universities and research facilities, has shown that alpha-monolaurin is likely to possess anti-inflammatory properties and can boost the immune response. All in all, it may be said that alpha-monoglycerides show various ­desirable effects, explaining their popularity in broiler feed.

Today, with the restricted use of antibiotics, increasing attention is being given to the importance of gut health to productivity. Alpha-monolaurin’s unique molecular structure allows it to be highly antibacterial and antiviral in the entire gastrointestinal tract, in contrast with conventional organic acids like MCFAs. The present experiment shows that the broad effect of FRA C12 Dry contributes to a higher growth rate and increased body weight of 35-day-old broilers. The effects were most pronounced in the starter and grower periods, with significant ­improvement in growth and a numerically-improved FCR.

develops and manufactures feed additives and drinking water solutions for livestock production. With glyceride and lysolecithin product applications, FRA®melco promotes animal health and performance in a sustainable manner.  FRA® feed additives bring #AdditiveValue for all: the animals & your wallet. More about FRA®melco

develops and manufactures feed additives and drinking water solutions for livestock production. With glyceride and lysolecithin product applications, FRA®melco promotes animal health and performance in a sustainable manner.  FRA® feed additives bring #AdditiveValue for all: the animals & your wallet. More about FRA®melco