In the case of a hard Brexit, the import of grain from the United Kingdom (UK) will be considerably more expensive.

If no agreement is reached between the UK and the EU, the import duties that apply to other countries outside the EU will also apply to the UK as of March 29, 2019. For wheat of ‘low and medium quality’ a rate of € 95 per tonne applies and for wheat intended for human food, a tariff of € 93 applies. For maize, Brussels will calculate the variable import duty that is fixed daily by the Commission and currently amounts to 0 euros.

Listen to the interview with Karl Schneider from Farmers Weekly in the UK about the effects of the Brexit for UK farmers. Listen to the full podcast below.

French grain to UK will be charged more

The UK exports a lot of feed wheat to countries on the European mainland, explains a spokesperson from the Netherlands Enterprise Agency (RVO.nl). “Since the announcement of the Brexit, the rate of the British pound has fallen. That makes the import of British wheat cheaper for the Euro countries. Large quantities of feed wheat are shipped from the UK to the EU. There is also a lot of maize from France going to the UK. In the case of a hard Brexit, the UK will charge an import levy for that.”

Negotiations can take a long time

It is still unclear whether grain from the UK can fall under a tariff quota with a reduced import levy, says the RVO spokesman. “That has to be negotiated first and such negotiations can sometimes take years.”

In the case of a hard Brexit, the import levy will also apply to sugar as of March 29. The standard import duty is € 319 per tonne of raw sugar. A levy of € 98 applies for certain tariff quotas. Imports from the so-called EPA / EBA countries are tax-free. 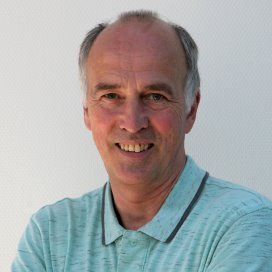