US poultry industry strives for profitability

The shortage and consequently increasing price of maize is causing problems for the US poultry industry. Meanwhile meat consumption levels are going down. To maintain operational margins broiler integrators have voluntarily reduced production to keep the market price at a fair level. Rationalisation of production has placed a cap on new projects and capital is only expended to improve in-plant efficiency.

Continuing high ingredient costs with no immediate prospect of relief until the next maize harvest in 2013, has severely reduced profits in all three segments of the poultry industry. The unprecedented drought reduced production of maize by almost 25% from the optimistic May 2012 forecast to 272 million metric tonnes. This reality coupled with diversion of 38% of available maize to ethanol has resulted in extreme escalation in the cost of the ingredient and derivatives.

In normal years maize would be purchased at €120 to €140 per metric tonne but the cost is now in the region of €220 to €245 plus premiums and transport. It is also an unfortunate reality that ingredient prices appear to be pegged to the most rapidly escalating major ingredient. Hence the costs for gluten products, dried distiller’s grains, soybean meal and synthetic amino acids have risen concurrently with maize. Since feed represents between 65% and 70% of live bird production cost, the negative impact on profitability is self-evident.

Consumption trends
The significant production and consumption statistics for broilers, turkeys and eggs are shown in Table 1. In an attempt to restore profitability to the industry, broiler integrators have voluntarily and independently reduced production. In previous decades the output of broiler meat increased consistently by 3% to 5% each year. In contrast, the rate of increase declined between 2011 and 2012 and a negative trend will continue through 2013. By maintaining exports and restraining expansion, most broiler companies have attained marginal profitability although there is a wide range between the most efficient companies and their less fortunate competitors. Low profitability is mostly attributable to management deficiencies and misjudging the market for specific product presentations and distribution channels. Although per capita consumption has declined slightly over the past three years the increase in population has compensated for this decrease which has been influenced by the recessionary period which commenced in 2007.

Production of turkey meat has followed the trend in broilers with projected 2013 production essentially static since 2011. Unit realisation for whole hens, breasts and derived products has either stabilised or increased slightly depending on markets served.

Egg producers have shown restraint in expansion and despite the small decline in consumption over the past three years, wholesale prices, which vary with season, have allowed the most efficient producers to remain in business. It is a matter of record that for the first nine months of 2012 contribution at the farm level averaged a negative three cents per dozen with a cumulative loss of 44 cents per hen housed. If feed prices remain stable during the fourth quarter of the year and with projected unit realisation, most producers should either break even or generate a small profit given the trend during the past two months.

Feed influences production costs
Feed cost is undoubtedly the major factor influencing profitability. Cost of feeding flocks can be constrained by applying econometric feeding which emphasises least-cost per saleable unit of production for meat or eggs. Competitive buying of major ingredients and effective hedging on the part of the larger producers has had a beneficial effect although the risks of calamitous losses are always present as evidenced by trading disasters impacting some broiler integrators including Gold Kist and Pilgrim’s Pride in past years.

Current average costs of broiler, turkey and layer feeds and the two major ingredients are shown in Table 2, reflecting October values. The relationship between feed cost and wholesale prices are shown in Table 3 as derived from figures published in the monthly reports of the United States Department of Agriculture-Economic Research Service. The figures for August 2011 and the corresponding month in 2012 represent an index value based on 100 established in 1999.
With respect to egg production, during the past 12 months, feed has increased by 33 points while wholesale egg price has concurrently declined by four points, confirming the unfavourable ratio between feed cost and revenue. The unfortunate reality in poultry production is that feed determines cost of production and supply sets the price in a closed market. Given overproduction it is not possible to pass on an escalation in ingredient prices to consumers as is possible with fuel for domestic vehicles.

Maintaining operating margins
Survival in all three segments of the US poultry industry depends on optimising efficiency and use of resources in production, processing, distribution and marketing. This reality has motivated the trend towards integration and in the past few years has lead to acquisitions and consolidation. Table 4 illustrates this situation in which the top five broiler integrators represent 58% of production and the top ten collectively are responsible for 73% of output.

The remaining 40 broiler companies with output ranging from 100,000 to 2.5 million birds per week produce 27% of US broilers. Reference to Table 4 shows the diversity in live weight ranging from 2.27 kg to 3.55 kg. Companies are becoming more specialised as to their product range and in some situations complexes within companies are dedicated to specific food-service and quick-service restaurant clients requiring products with clearly defined specifications. The export of broiler meat comprises 95% leg quarters which are derived from flocks over 3 kg.

In contrast to the “single product commodity as a by-product” approach adopted by US integrators for their leg quarters, competitors in Brazil and Thailand operate dedicated export complexes. This allows live-bird production and processing to be managed to satisfy the needs of their diverse clientele with respect to nutrition, management practices, ritual slaughter and aspects of primary and secondary processing.

Turkey closely follows path of broilers
The top five companies collectively produce 55% of turkey meat (Table 5). Monthly turkey production was higher during the first six months of 2012 compared to the corresponding period in 2011. An inevitable increase in cold storage inventory occasioned by lower consumption has led to a reduction in poult placements.

The USDA reports that at the beginning of September incubator settings declined by 6% from the corresponding month in 2011. The increase in cold storage holdings amounting to 148,000 m. tonnes was 12% higher at the end of August 2012 compared to the corresponding month in 2011. Of this total 70% is in the form of turkey parts with most of the recent accumulation comprising whole carcasses.

The egg production sector has remained relatively stable in 2012 with one major producer disposing of a complex of over three million hens to a competitor following a marketing problem arising from allegations of improper flock welfare. During the year Cal-Maine Foods acquired a 1.5 million hen operation which functioned as a non-core subsidiary of Pilgrim’s Pride Corporation. The top ten egg producers (Table 6) represent 55% of the nation’s 280 million hens.

Achieving acceptable revenue
Wholesale prices for poultry products are shown in Table 7. Due to reduced expenditure on both food and discretionary items, there has been a downwards shift in the protein ladder from beef to pork and then to poultry. This has maintained a balance between demand for broiler and turkey meat and an adjusted level of output. Producers have attained prices which contribute to survival and in most cases profitability.

There have been some shifts in unit prices for specific products. From 2009 onwards there was an increase in demand and hence price, for whole broilers and dark meat. This represents a reversal from the traditional preference for breast meat, driven by the relative costs of these products. As the US economy emerges from the recession, there are signs that demand is increasing especially in the previously depressed food-service sector, with resulting beneficial improvements in wholesale realisation.

Experience has shown the industry that restraint is a necessary virtue. It would indeed be unfortunate if injudicious expansion were to reverse the favourable trend in the market. The nation’s fourth largest producer, Sanderson Farms has announced that it will place a new complex in North Carolina on hold until market conditions improve. Consolidation of Pilgrim’s Pride followed acquisition by JBS of Brazil. Rationalisation of production by most of the other integrators has placed a cap on new projects and capital is only expended to improve in-plant efficiency, for essential replacement of equipment or to comply with statutory environmental mandates. 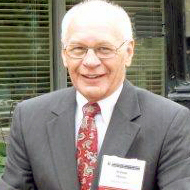