Cultured meat is a subject of concern to all animal production chains. That became clear at a conference on this topic in Paris, France, on 18 November 2021 a year after the sale of nuggets from in vitro production of chicken muscle tissue was approved in Singapore.

Giving rise to the production of a new product known by different names (artificial meat, cultured meat, in vitro meat, etc.), cell culture techniques initially developed for medical applications are booming in the field of livestock.

Various experts met in mid-November at a conference organised by the French Academy of Agriculture and the French Association of Zootechnics in partnership with the French Veterinary Academy and the French Society of Nutrition. They shared their opinions about cultured meat. 5 major questions have been highlighted below.

The animal protein market is growing by 1% per year, and by 2030 cultured meat could provide half of this increase with implications for multiple sectors.

How much interest is there in cultured meat initiatives?

Since the presentation in the Netherlands in 2013 of the first in vitro muscle tissue for food, a growing number of start-ups – bringing significant investments – have become interested in those techniques.

Céline Laisney, director of AlimAvenir, said, “More than a billion US dollars have been invested since 2016 by 80 start-ups.” She added that cultured meat techniques concern all animal products, so meat, fish and milk.

Associate researcher, Marie-Pierre Ellies-Oury, added: “Cultured meat could experience a real rise to represent 10% of total world meat production by 2030 and 35% by 2040.” She is attached to UMRH, the herbivore research unit of France’s National Research Institute for Agriculture, Food and the Environment (INRAE). She is also attached to Sciences Agro.

More messages like those were shared by Gabriel Levesque-Tremblay, co-founder and CTO of Orbillion, an American start-up created in 2019 to bring different cultured meat products to the market. “The animal protein market is growing by 1% per year, and by 2030 cultured meat could provide half of this increase with implications for multiple sectors. The first authorisation to market cultured meat products could take place by 2023 in the United States,” he said.

He noted that in Washington DC, a group of meat producers (Alliance for Meat, Poultry, and Seafood Innovation) is strongly lobbying the United States Department of Agriculture (USDA) and the US Food and Drug Administration (FDA).

What is cultured meat exactly?

Didier Toubia is co-founder and CEO of Aleph Farms, a leading company in the cultured meat sector, headquartered in Rehovot, Israel, with offices in Europe and the US. He explained that the process of production begins with the selection of starter cells from a small initial sample of cells taken from a healthy living animal. Those cells will then develop in bioreactors equipped with a medium rich in nutrients (sugars, amino acids, lipids, vitamins, etc.). Then the extracellular matrix from the animal’s body is replaced by a plant-based matrix, which provides a structure on which cells grow, organise and form muscle tissue.

“Cultured meat offers endless possibilities of products and concepts,” said Levesque-Tremblay even though he believes that cultured meat will complement traditional agriculture.

For Toubia, “Cultured meat could bridge the gap between the limited production capacities of organic agriculture and the growing global demand for meat, while allowing the transition to greater resilience and sustainability.”

What challenges are there for cultured meat?

In addition to controlling manufacturing processes and lowering their costs, the challenges faced by start-ups engaged in these new technologies, described as the “third agricultural revolution” by Toubia, are numerous: ethical, regulatory and environmental, without forgetting consumer acceptance.

“Is this new product really meat?” asked Ellies-Oury, stating that “muscle” (mainly made up of well-organised muscle fibres) and “meat” are two different concepts. She continued, “The start-ups have succeeded, with a great deal of communication, especially with the help of the media, in imposing in everyday language the name ‘meat’ for these cultured muscle fibres.” She presented the results of a survey showing that Brazilian and Chinese consumers are more ready to regularly consume cultured meat products than those in France.

In other news on cultured meat:

How far advanced is cultured meat?

What are the opportunities for animal nutrition business?

Finally, for animal nutrition suppliers, those cultured meat projects could also represent a development niche to fulfil the need for ingredients in the bioreactors, as Pierre-André Geraert, scientific marketing director of Adisseo, present at the conference, explained: “It is opportune for any significant player in the production of animal proteins to better understand all the possibilities and developments in production methods. The development of industrial cellular meats will of course require complementary nutritional solutions, competitive and in significant quantities, to support production ambitions, and it is relevant to be concerned about them now.” 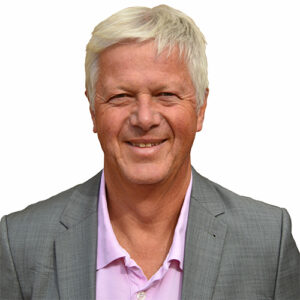