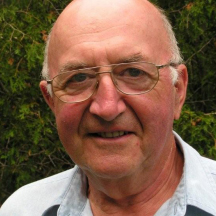 A challenging paper appeared in a recent issue of the World’s Poultry Science Journal. Prepared by 2 scientists from the University of KwaZulu-Natal in Pietermaritzburg, South Africa, this publication set out to describe how the industry can face the prospect of helping to feed the greatly increased world population, expected to reach 9.8 billion by the year 2050.

Not only will the world’s population be larger in the decades to come but more people will live in an urban setting, thus ever further away from their source of food. The question of food security will become acute, as not only will people need to purchase food in towns and cities, but increasing prosperity will increase their demand for animal products. Data quoted in the article show that these food items account for 40% of agricultural production, providing 13% of the energy and 28% of the ­protein consumed.

In supplying eggs and poultry meat, the industry already enjoys significant advantages over other animal products. Data are presented showing favourable feed conversion ratios and superior protein retention when taken in as part of the human diet. The widely-accepted convenience, product variety and safety of these products, along with the absence of religious or cultural limitations, combine to make poultry meat and egg products a highly favoured choice for consumers. It is predicted that by 2050 the demand will increase by 65% for eggs and 121% for poultry meat.

Poultry production systems that offer chickens freedom of movement and outdoor access are perceived to be better for chicken welfare.

Can these levels of production be achieved in a sustainable way? Sustainability is here defined as ‘a concept with multiple facets, namely, environmental, ethical, economic and enforcement’. All of these are hard to pin down and the authors state that sustainability is frequently viewed differently by different people, depending on their particular focus. However, in the case of the environment, management of resources, like feed ingredients, and the control of waste products and discharges are clearly of concern.

Industrial poultry production depends on feed resources often remote from the place where birds are raised. The egg or chicken farmer may not even be aware of the conditions under which the grain and oilseed used as feed ingredients are produced. Their carbon footprint will depend on many factors outside the control of the poultry producer. But as crop production takes on new practices, like precision farming, no-till or minimal-till systems, the use of genetically-modified varieties requiring reduced use of pesticides along with improved yields and nutritional value of the crop, it is expected that the level of sustainability will improve.

Additionally, the use of reduced protein levels in poultry diets, plus appropriate inclusion of synthetic amino acids, are expected to result in lower water intake and manure nitrogen, as well as improved bird welfare: all factors intimately involved in sustainability. It is stated that lowering the protein content of feed given to broilers by 1% would result in a reduced carbon footprint of 102 kg per tonne of broiler ­produced.

The above discussion relates to intensive production systems used in developed economies. What about alternative production systems? The authors state: “Poultry production systems that offer chickens freedom of movement and outdoor access are perceived to be better for chicken welfare.” While this may be so, these systems pose public health and food safety risks, and require more land use, thus diminishing sustainability. It is also stated that: “Alternative systems are more ethically acceptable to consumers but if welfare is measured in terms of flock mortality, then conventional ­systems are the more principled choice.”

The entire area of alternative systems, including organic production, represents a paradox for consumers. If sustainability is to be maintained and improved, then these alternatives create challenges. But people demand such products and in many cases are prepared to pay premium prices for them.

Slow-growing chickens and free-range laying hens are seriously in demand, yet they increase resource use dramatically, thus eroding the sustainability gains achieved over the past half-century by intensively managed systems. It has been estimated that a move in the US by one-third of the chicken meat market to slow-growing birds would require an additional three million hectares of cropland to produce the extra feed. In the case of cage-free laying hens, production costs would rise by 14-28% due to increased feed intake, higher mortality and more downgraded eggs.

The demand for these alternative products illustrates only one of the perceptions – often based on incorrect information – that bedevil our industry. Others include the negative concept of ‘factory farms’: the belief that poultry meat contains hormones or antibiotic residues that may be harmful. These perceptions may even be encouraged by the use of terms such as ‘drug free’ or ‘hormone free’ in promotional material.

The paper also deals with the question of smallholder systems. Although the amount of poultry meat produced on small family units is very small (2%) about 8% of the world’s eggs are produced by these farmers. The products make a significant contribution to the owners’ income and food security. However, they may not be able to achieve sustainability as defined for the industrial producer. Both poultry and human disease may be more frequent due to close proximity and high population density.

“They lack economies of scale and generally fail to meet the food safety, traceability and compliance demands required by modern retailers.”

It is stated that: “Most local ordinances inadequately address human and animal health concerns for backyard poultry.” While many flocks do not receive their entire diet from supplied feed, ingredients may be expensive and hard to obtain. The authors see difficulties ahead for smallholder poultry producers because: “They lack economies of scale and generally fail to meet the food safety, traceability and compliance demands required by modern retailers.”

The main conclusions of the paper are that the existing poultry industry has the potential to produce eggs and meat in a sustainable way by using modern intensive methods and relying on those who grow their feed ingredients to similarly adopt up-to-date technology and crop varieties. These levels of sustainability can only be maintained, however, if the consumer mindset can be changed to accept that these products have less impact on the environment, are safer and equally nutritious, compared to those produced in alternative systems.

Reference: F.J. Kleyn and M. Ciacciariello, 2021. Future demands of the poultry industry: will we meet our commitments sustainably in developed and developing economies? World’s Poultry ­Science Journal vol. 77(2).a

New Zealanders set to secure their own supply of eggs