A world without mycotoxins: 7 challenges

Winnipeg, the capital of Manitoba and of Canada’s grain industry, played host in June this year to the World Mycotoxin Forum. At the event more than 400 experts gathered to find solutions to target mycotoxins in ‘a changing world’. All About Feed was present and wraps up this meeting by naming seven main challenges and possible solutions to getting a better grip on mycotoxins and its control.

Beating the effects of climate change

It is a known fact that climate change is causing a rise in temperate and CO2, hence leading to more extreme weather conditions (wet winters and dry summers). In Europe this is reflected in an increase of aflatoxins, DON and ZEN prevalence. Changing weather patterns can also mean that old problems can make a comeback. This is for example seen with the ergots contamination rise over the last 3-5 years in Western Canada. Experts also argue whether the climate change can be a precursor for the development of new mycotoxins that we haven’t seen before.

Obviously, greenhouse gases have to be overall reduced by all industries. But other than that, being better prepared is part of the solution. This can be found in prediction models and risk maps. When these data sets, for example weather patterns with mycotoxin data and other big data, are connected, new information can be gained to better target the problem. Experts also advocate to look into production of plants that are more resistant to these extreme weather patterns.

Aflatoxins are a hidden problem and are affecting a lot of people in Africa. It is even said that aflatoxins (mainly found in corn and groundnuts) are causing more health problems in Africa than malaria and tuberculosis. Women, children and the poor are particularly vulnerable. So why is there so little attention being paid to this threat? The problem is that the awareness among the people on how to prevent food contamination is low. In addition, legislation regarding maximum limits of aflatoxins in food is not enforced effectively. Ghana for example doesn’t even have an allowable maximum limit for aflatoxins in food.

Luckily, many projects are trying to find solutions. For example, the application of Aflasafe, a non-toxigenic (biocontrol) product has dramatically reduced aflatoxin contamination in African maize over the last years. Also the IARC report on mitigation methods for low and middle income countries names a number of strategies to find solutions for aflatoxins in Africa. Also the Partnership for Aflatoxin Control in Africa (PACA) is a great project, working with six African countries to generate locally relevant evidence on the extent of the aflatoxin problem and to formulate context-appropriate mitigation measures.

Sampling methods to detect mycotoxins have evolved a great deal over the years. Yet, the quest is to make them even savvier and quicker, for a food safety and economical reason. The aim is to get results closer to the point of purchase. In other words, at the time that shipments of raw materials can be accepted/rejected on the spot, instead of first sending the samples to a laboratory. To have good quick results, heterogeneous samples are a prerequisite. However, there is often little time at feed mill to get a good sample that gives a reliable and statistically relevant result.

To provide buyers and sellers with a measure of the risks of a specific mycotoxin plan, FAO has developed an online tool that can compare the performance of up to 10 different mycotoxin sampling plan designs at one time. Furthermore, quicker, on site testing methods have been developed by R-Biopharm for example. This company developed an app, which allows the use of a smartphone as a lateral flow reader. Romer Labs offers a LC-MS/MS multi-mycotoxin methods that is capable of analysing 18 toxins at one time. Novel hand held tools. Provision via online data via apps. To be used by feed mills for example. Experts also see a trend towards solvent-free tests, as users are sometimes having trouble disposing of waste material, especially as more testing is done on site (without the presence of a laboratory). VICAM (A Waters Business) for example has developed a proprietary water based extraction solvent that can be used to extract multiple mycotoxins from a single sample.

Aflatoxins are a hidden problem and are affecting a lot of people in Africa. It is even said that aflatoxins (mainly found in corn and groundnuts) are causing more health problems in women and young children. Photo: Shutterstock

Dealing with the nasty masked mycotoxins

The introduction of the LC-MS/MS multi-mycotoxin analysing technique has given a real boost to identify and gain knowledge about the masked mycotoxins. Omics technologies are being used to understand the fungi-plant interaction better, hence formation of masked mycotoxins by the plants. Be aware that we have to be sharp in what to look for. There are hundreds of masked mycotoxins. The quest is to find the ones that have the biggest risks. Breeding more resistant crops can be a solution, which are better equipped in breaking down the mycotoxins.

New technologies (HCA) have been developed that can assist in assessing combined effects of the mycotoxins. In addition, risks assessment models have improved to be able to better assess the combined effects of mycotoxins and test kits often can detect multiple mycotoxins at the time. The Mycomix project looks into finding solutions to deal with the co-occurrence of mycotoxins. One of the project goals is to establish biomarkers of exposure to mycotoxins. The project hopes to collect as much data as possible from around the world on the occurrence of mycotoxin mixtures.

The EU is leading the way regarding the legislation to put mycotoxin deactivating products on the EU market. In 2010, a new functional group within the category of technical feed additives was created. Companies will be able to officially apply for authorisation of substances for the control of mycotoxins. The authorisation of these feed additives should comply with the general safety and efficacy rules provided by the feed additive Regulation (EC) 1831/2003 and the corresponding Regulation (EC) 429/2008. For bentonite, the registration in this new functional group is not ‘holder specific’. When other ingredients (or a mixture with bentonite) is used, the companies need to file a dossier to EFSA. Outside of Europe, it is a different ball-game. China, for example, does not have a place for mycotoxins in their registration for food and feed. There is no standard protocol available to place products on the market. Most of the mycotoxin detoxifying products in China are listed as raw materials. In the US, the FDA only approves substances (such as bentonite) and no mixtures that are considered a product. The challenge lies in making the registration more transportable around the world. Some experts even call for harmonisation on a global level, although this might be a utopia. Another challenge lies in the path rejected grains take. These are not always destroyed, and may leak into other sectors.

The development of biomarkers (e.g. blood spot analysis) and omics technologies can help in proving that a product actually does what the producers claim they do. Biomarkers are vital to know whether the animals have been exposed to mycotoxins (‘biomarkers of exposure’) and whether a certain mitigation technique (binder for example) has been effective in reducing the mycotoxins (‘biomarkers of effect’). For example, variation in bentonite products can be better detected this way, so that clients can better choose a product. In China, the Chinese Ministry of Agriculture (MOA) has initiated a five-year project (2013-2018) to survey mycotoxins products on the Chinese markets and evaluate their efficacy. MOA will use the data to set up a mycotoxin detoxifying feed additives standard in the future. Also the EU project MyToolBox is cooperating with China to develop a sound scientific basis for standard settings in China for authorisation of mycotoxins detoxifying feed additives.

Looking beyond what you see

Mycotoxins are hard to beat, and the challenge might always be there to minimise the effects on human and animal health. However, insights over the last decades have resulted in the common view that mycotoxins can only be targeted when an integrated approach is applied. This entails pre and post-harvest measures. We need more knowledge of what happens in the plant when a fungus (and toxin) is formed, the fungal plant interactions. And what happens in storage? What are the effects of mycotoxins on the efficacy of vaccination programmes, the microbiome and gut health of animals? More animal studies are needed to get a better grip on this and to close the knowledge gaps.

Again, many projects have been set up that take this integrated approach. The MycoKey project for example (a follow-up of the MycoRed project), developed novel solution driven methodologies, handling procedures and practically useful tools to reduce significantly both pre- and post-harvest toxin contamination of selected and economically important commodities in food and feed chains. Also MyToolBox, launched in March 2016, takes an integrated approach to reduce mycotoxins in the whole feed and food chain. 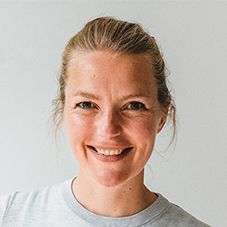