Finnish broilers can do without antibiotics

The Finnish broiler sector stopped using antibiotics in 2010. Strict hygiene in the entire poultry chain and excellent management at broiler farms have made antibiotics redundant for years. Broiler farmer Tiina Varho-Lankinen explains how to keep disease at bay.

Halfway through the afternoon Finnish poultry farmer Tiina Varho-Lankinen is working in the office in her broiler house that was built a year ago. She has an excellent view of the broilers through a large window. They are not yet a week old, she says. The floor is more yellow than brown in colour, because this Finnish company, like most others, works with hygienised peat as a floor covering. The perches are lifted because the broilers are still too small for them. Finnish broiler farmers receive compensation for using perches because this requirement is part of a set of animal welfare rules imposed by the Finnish government. This compensation covers the cost, nothing more.

Everything looks spotless in the paved yard with its three red houses. Red is used predominantly for buildings in the Finnish countryside. In the coming weeks only feed will be brought to the farm because it operates according to the ‘all-in all-out’ principle. One house was built in 1985 and can accommodate 15,000 broilers. The second one is 16 years old and has space for 30,000 birds. The third and most recent house dates from 2018 and can accommodate 75,000 broilers. It has a maximum occupancy of 42 kilograms per square meter. The ROSS 308 broilers are 35 days old when they go to slaughter. The carcass weight is 1.65 kg and the broiler loss fluctuates between 2 and 3%. The farm usually works with an empty period of three weeks in between two flocks of broilers, but when there is strong demand for poultrymeat, the empty period is reduced by a week. Because the broilers are usually slaughtered while they are still lightweight, the Varho-Lankinen family easily manages 6.5 flocks a year.

The poultry house is equipped with tunnel ventilation. Because it is autumn and already chilly, the air inlet mostly remains closed. Photo: Henk Riswick

The poultry house is equipped with tunnel ventilation. Because it is autumn and already chilly, the air inlet mostly remains closed. The afternoon temperature in Finland hardly exceeds 5°C. What the broilers mostly need right now is warmth. The farm uses wood chips in a practically new heater. Finland has large forested areas and every Finnish farmer also has his or her own plot. This makes biomass a logical source of energy. The farm is 40% self-sufficient for its ­energy use because it has solar panels.

The floor is more yellow than brown in colour, because this Finnish company, like most others, works with hygienised peat as a floor covering. Photo: Jorma Heikkila

The Finnish broiler sector stopped using antibiotics in 2010, so the broilers at this farm are also reared without any antibiotics. This often sounds unlikely to foreign visitors, as HKScan chain vet Leena Pohjola admits. It is nonetheless true. Strict hygiene in the poultry chain and excellent management at broiler farms have made antibiotics redundant for years. The design of this house reflects that eye for hygiene. A large biosecurity area with strict separation between the dirty and the clean sides, leads to the animals. There are two hatches in the wall to dispose of cadavers with a cadaver bin behind them. Dead animals are transported to a rendering plant.

The basis for producing without antibiotics is far better in Finland than in many other parts of the world, especially in areas with a high livestock density. Finland has 435 poultry farms, of which 190 are broiler farms. Some 8.8 million broilers are kept in Finland. Another advantage is that Finland is not bothered by a number of annoying pathogens at the moment, such as Coryza and enterococcus cecorum. Viral diseases, such as infectious bronchitis (IBV), are also relatively rare. IBV is so rare at broiler farms that vaccinations have also ­become redundant.

Via a touchscreen the new biomass heater can easily be tweaked to cope with the sometimes extreme Nordic weather. Photo: Henk Riswick

Coccidiosis is kept at bay by using coccidiostats in the broiler feed. Finnish farmers use Narasin or Monensin salt as additives. The excellent quality dry peat is seen as an important agent in keeping the coccidiosis pressure down. To take full advantage of the peat’s quality, the poultry houses should be heated thoroughly and well ventilated, so pathogens have little chance of multiplying in the dry environment. Another advantage of peat is its low pH value: pathogens do not flourish in an acidic environment. To check whether coccidiosis is sufficiently under control, the slaughterhouse often performs an intestinal check. The outcomes are always good. The feet scores confirm that the surfaces of the poultry houses are favourable to the broilers. The percentage of sole lesions on the Varho-Lankinen farm remains far below 10 points. The same goes for all Finnish farms.

Finland has large forested areas and every Finnish farmer also has his or her own plot. This makes biomass a logical source of energy for heating the poultry houses. Photo: Henk Riswick

The broilers come from a hatchery where there is no early feeding. The broiler quality is very predictable, also because the hatching eggs come from a select group of breeder farms that all work in the same way. Finland does not have an actual ban on antibiotics; when there are legitimate reasons for using antibiotics, a veterinarian will certainly prescribe them. But that has not been necessary since 2010.

The broilers go to the cooperative meat processor HKScan. This company processes poultry, beef cattle, sheep and pigs at different locations. The poultrymeat is sold under the ­Kariniemen label. The meat mostly remains in the domestic market. Finnish poultrymeat production lags slightly behind domestic consumption at 137,000 tonnes annually.

The Varho-Lankinen family supplies conventional broilers. The Finnish base price for these in 2018 was € 1.52 per kilogram carcass weight. At the end of 2019 the selling price had dropped by 10 cents. The birds are always free of salmonella. When a flock tests positive for salmonella it is culled, although this happens only occasionally. Feed is a risk for introducing salmonella. The broilers at this farm receive a complete compound feed supplemented by 10 to 20% wheat from the family’s own harvest. Only three processors can supply the compound feed because they are on the salmonella-­free production list. The protein content of the farm’s own grain is established and a feed plan made for every flock. 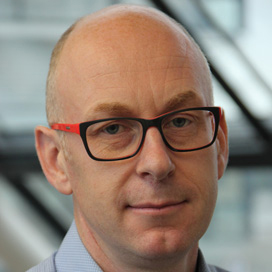 IPPE 2023 will feature more than 70 TECHTalks