Campylobacter in broiler meat is one of the leading foodborne pathogens associated with health risks and negative economic impacts worldwide. Campylobacter has several adaptive responses throughout the broiler production chain. Thus, it survives from broiler farm to slaughterhouse and processing plant.

In recent years, both individual cases and outbreaks of campylobacteriosis have increased around the world. Over the last decade, the total number of campylobacteriosis cases in Japan was about 1.512 per 100,000 population and in New Zealand about 161.5 per 100,000. Therefore, it is essential to improve biosecurity systems and apply effective strategies to limit Campylobacter prevalence on broiler farms.

Campylobacter grows in a limited temperature range and survives in broiler meat for up to 3 weeks. Wet and cold refrigeration conditions of fresh foods also prolong Campylobacter survival on dry surfaces. The absence of cold shock proteins in Campylobacter reduces its activity, however, this microbe can still remain active during the shelf life of various refrigerated foods or during the winter season in the agricultural ecosystem.

By contrast, Campylobacter is sensitive to food processing-related stresses, such as heat treatment, and it cannot survive for long on food contact surfaces, such as cutting boards, countertops, equipment or kitchen utensils.

Campylobacter transmits from different environmental sources, such as soil, water, dust, surfaces, air and feed to broiler farms. In addition, farmers and farm visitors can transmit Campylobacter to broiler farms. Wild bird faeces around broiler houses and organisms, such as flies, insects, amoebae, yeasts and moulds, are other sources of bacterial transmission. Moreover, egg passage may contaminate the eggshell, shell membrane and albumen of newly-laid and fertile eggs and transmit Campylobacter to chicks emerging from their eggs. However, there is no evidence of Campylobacter transmission from one broiler generation to another.

Campylobacter spreads rapidly and colonises in the intestinal tract, including the small intestine and caeca of most broilers after a week, causing chronic inflammation, gut tissue damage and diarrhoea. Broiler strain, Campylobacter strain, dose of viable Campylobacter cells, environmental temperature and humidity, geographical location, flock size and type of production system all affect the colonisation rate in broilers. High temperature and humidity increase the colonisation rate and expose broilers to more Campylobacter from the outside environment due to increased ventilation needs.

There is a high risk of Campylobacter contamination in processing plants as they receive birds of different ages and from farms in various geographical locations, with differing production and biosecurity systems. In addition, processing procedures, including scalding, defeathering, evisceration, neck removal, inside and outside washing, may contribute to cross-contamination with Campylobacter.

After scalding skin follicles remain open which allows Campylobacter penetration and accumulation inside the follicles. The temperature fluctuation during defeathering also makes Campylobacter control more challenging. During evisceration, any gut leakage can lead to cross-contamination of broiler carcasses. Dipping broiler carcasses after evisceration can cross-contaminate carcasses under commercial processing conditions, too.

Preventive approaches, such as good hygiene practices and establishing biosecurity measures at the breeding stage, will prevent boilers becoming colonised with Campylobacter. Biosecurity measures include hand washing before entering the broiler house, using different boots to enter each house, cleaning and disinfecting shoes before entering the room, cleaning and disinfecting broiler houses between batches of birds, reducing the number of visits and strict control of rodents, wild birds and flying insects.

In addition, the microbiological quality of drinking water should be monitored and improved through filtration, chlorination, ozonation and UV light. Organic acids, such as caprylic acid, prebiotics and probiotics, can also be used as feed additives to decrease the prevalence of Campylobacter in broilers.

Better communication across the food chain to poultry workers is needed to prevent Campylobacter colonisation of commercial broiler chicken flocks, UK researchers have found. Broiler farmers and staff currently feel that too much emphasis on controlling the bacteria is placed on them rather than across the farm to fork chain. Read more…

Vaccination is another strategy which will complement biosecurity measures to decrease on-farm Campylobacter contamination. The administration of bacteriophages a few days before slaughter also helps to reduce Campylobacter colonisation in broilers.

The use of antimicrobials, such as acidified sodium, chlorite, cetylpyridinium, chlorine, chlorine dioxide, peroxyacetic acid and trisodium phosphate, help to reduce Campylobacter in broiler meat. Bioactive packaging in processing plants is another effective method for controlling Campylobacter in raw meat and fresh products.

Campylobacter prevalence in broiler meat varies depending on on-farm transmission and cross-contamination incidents in processing plants. Both broiler farms and processing plants are intensive operation systems which make Campylobacter prevention more challenging. In addition, factors such as the presence of proteins and lipids in broiler meat, changes to broiler skin caused by processing, the sensitivity of broiler skin to heat, water quality and poor sanitation, all impact controlling strategies.

Therefore, available on-farm and in-plant controlling strategies need to be improved to effectively disable Campylobacter at an early stage or in broiler end-products. 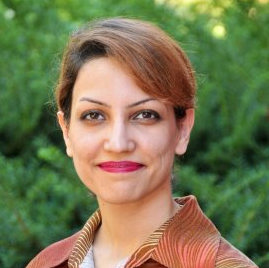